The heart of city life

Ville-Marie is probably the largest borough of Montreal! Located downtown, it includes several must-see neighbourhoods, like Chinatown, Quartier des spectacles, the Old Port, the Village and Shaughnessy Village, as well as part of Mount Royal. You’re sure to have set foot in Ville-Marie, even if you weren’t aware of it at the time! The borough is home to three renowned universities: the Université du Québec à Montréal (UQAM), McGill University, and Concordia University. BIXI stations are located near each of them so you can commute to campus or rent a bike and hang out with your classmates after final exams. It’s a proven fact that cycling reduces stress and improves your mood! 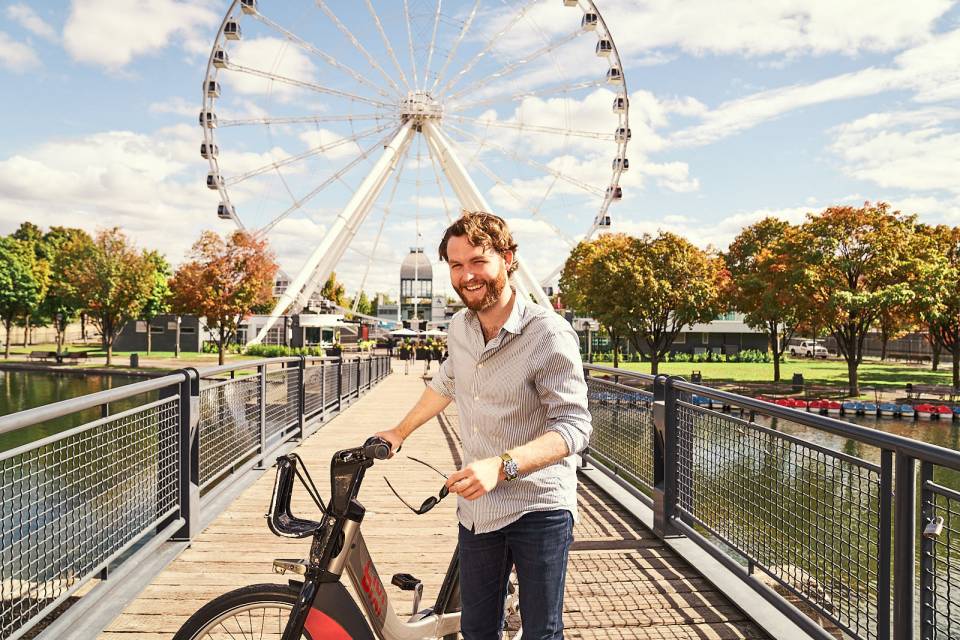 Thanks to its size, the borough has several bike paths. You can expect a smooth ride! De Maisonneuve Boulevard runs through the entirety of Ville-Marie, while the René-Lévesque Boulevard bike path allows you to explore the east end of the island and access the Jacques-Cartier Bridge! If you choose a BIXI station on the Berri Street bike path, you can easily get to the Old Port of Montreal and enjoy the fresh air off the river.

Be sure to discover the wonders of Notre-Dame Basilica. This architectural masterpiece will make you swoon! It was the first Gothic Revival church to be built in Canada and has been designated as a site of historic significance by the Historic Sites and Monuments Board of Canada. Many important events have taken place here, and it has commemorated the founding of the city since 1918.

Are you an avid reader with a staggering to-read pile? Do you literally spend thousands of dollars building up your personal library? Save money by borrowing some books from the Bibliothèque et Archives Nationales du Québec! Not one, but TWO BIXI stations—located between the Berri Street and Blvd. de Maisonneuve E. bike paths—await your bike rental. You’ll get home safely, as will your borrowed books, movies, series, discs, and video games! (We suggest that you rent an electric BIXI if you have to go up Berri to get home.) 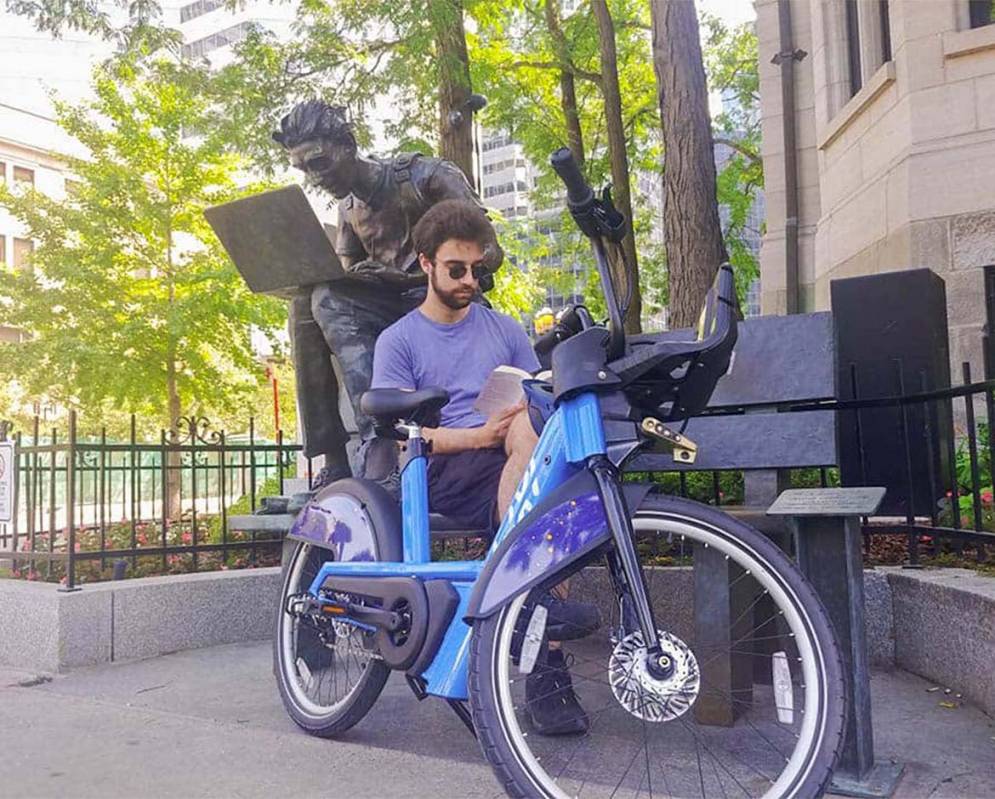 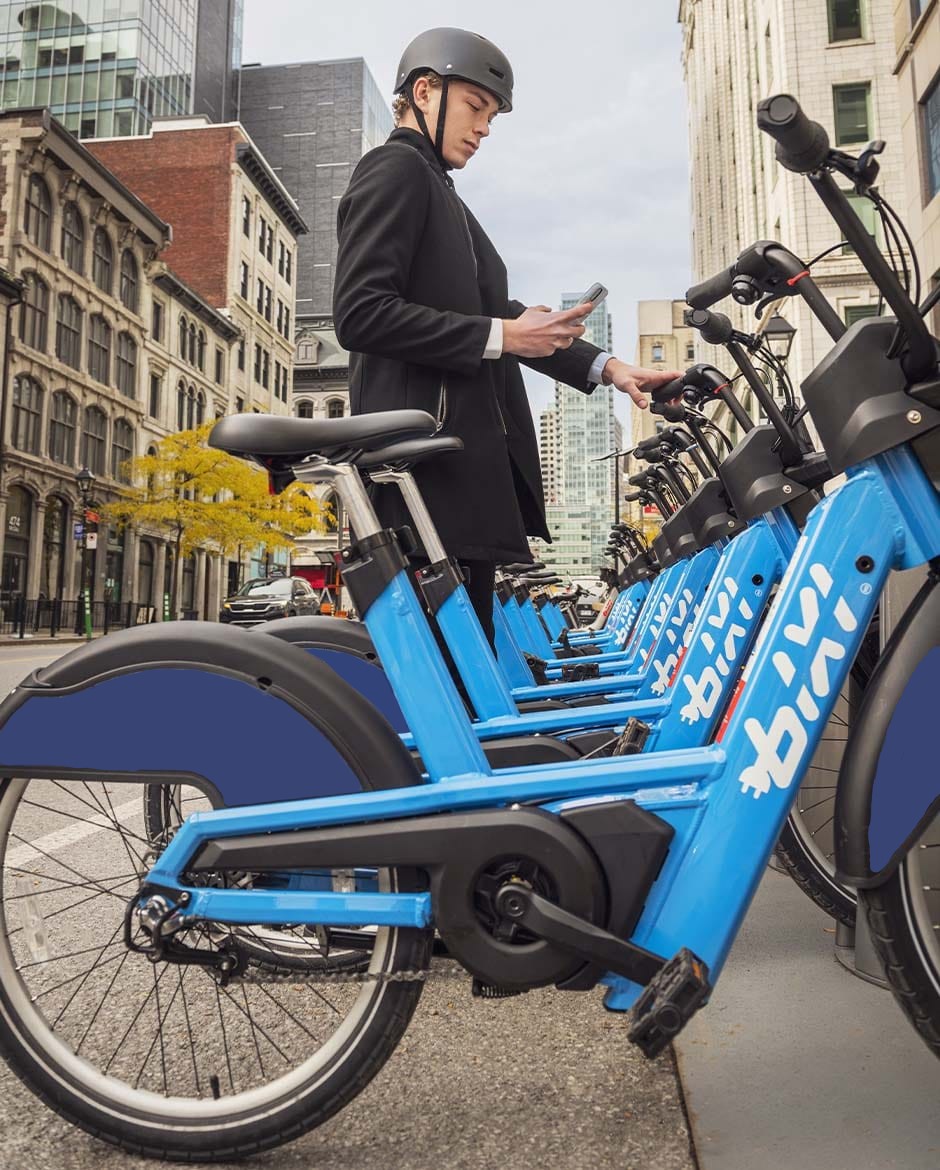 Rent a BIXI and tour the borough

The Village alone offers a plethora of activities in the summertime! Drag shows are always at hand, in various forms. Whether you want to go to a Disney or superhero tribute night, to one of the many cabarets, or to Cirkus Queer, you can easily do so by renting a BIXI! The René-Lévesque Blvd. E. and De Maisonneuve Blvd. E. bike paths will take you directly into the Village. You definitely won’t get lost!

Oh, and don’t forget the Latin Quarter! Whether you want to enjoy a good movie or see a musical at the Théâtre Saint-Denis, BIXI makes sure that you get to your show on time and return home safely.

Want to rent a bike for more than one person but don’t know how? BIXI members who accumulate points have access to shareable one-way Amis BIXI passes as well as the mobile application’s BIXI group ride feature. They can then rent BIXI bikes for 2 people! At station terminals, you can rent up to 4 regular BIXI bikes. There are many good reasons to take a ride with friends or a significant other. To visit Ville-Marie and discover its many treasures together is definitely one of them! 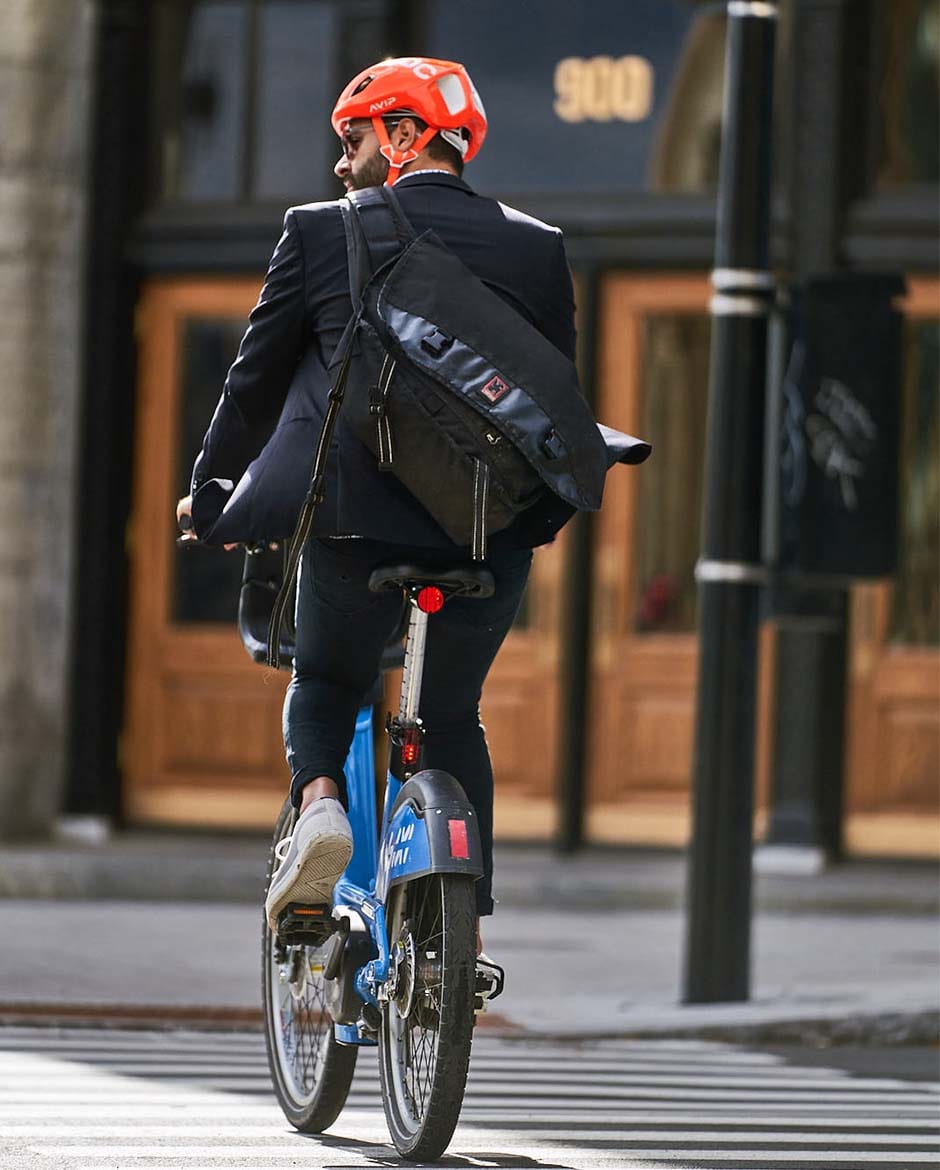 The borough’s many neighbourhoods have a distinct advantage: they are part of its charm! Each of them has its own unique history, so we will limit ourselves to an overview.

Paul de Chomedey, Sieur de Maisonneuve, and Jeanne Mance founded Ville-Marie in 1642 with the aim of creating a colony. The name was chosen to place the city under the protection of the Virgin Mary. Although the entire city was renamed Montreal, “Ville-Marie” was retained as a borough name to pay tribute to the metropolis’ modest origins. For quite a long time, the only way to get to the island was by sea: remember this when you take a ride on the Old Port bike path during your next bike rental!

Ville-Marie has long been central to the famous fur trade that is mentioned in all of Quebec’s history books. Indeed, the coureurs des bois and the natives, who were vital to this trade, were joined by other important actors. The former brought in the raw materials that were essential to the colony’s flourishing economy. The colony gradually lost its religious vocation and became a major trading centre.

Choose the neighbourhood that most interests you! 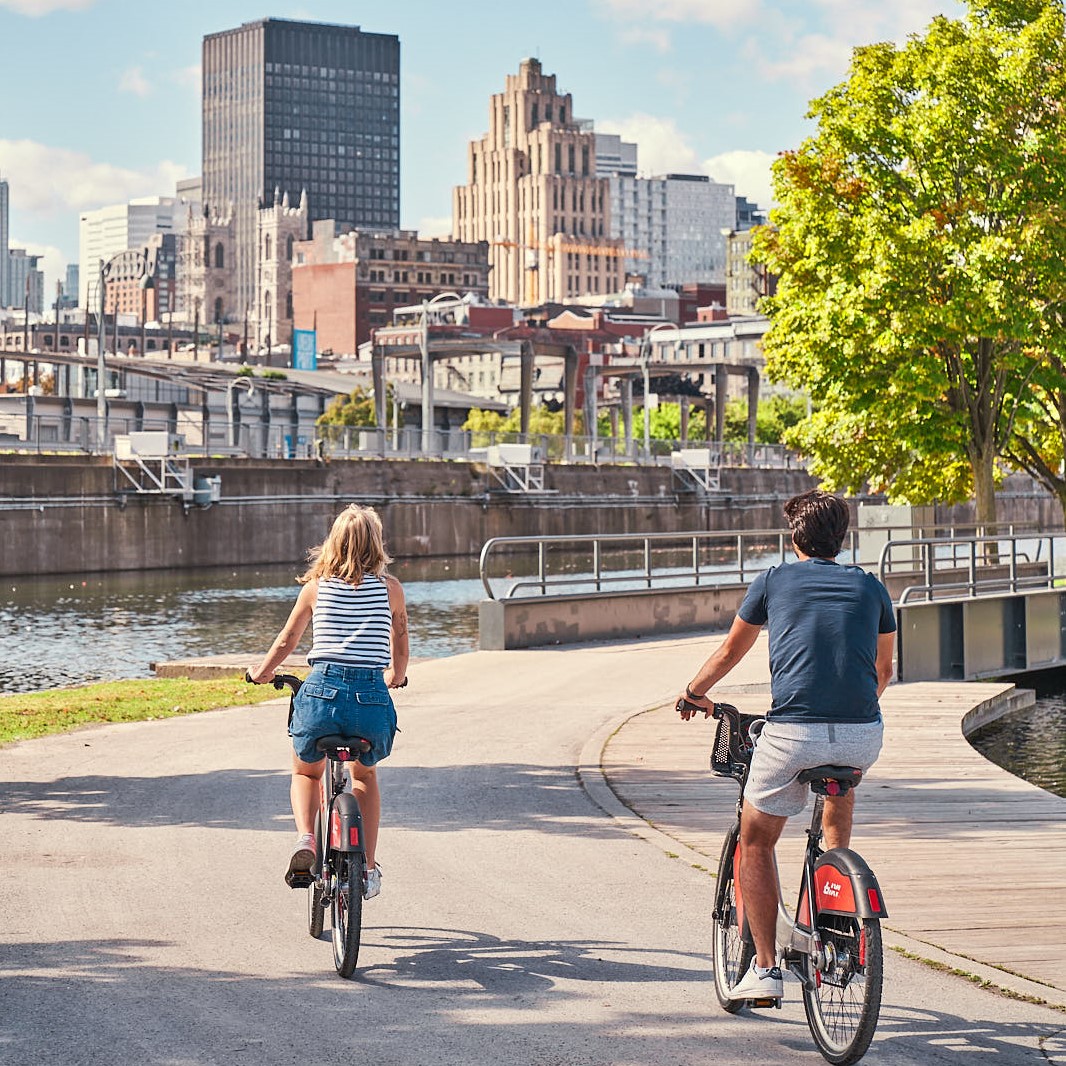 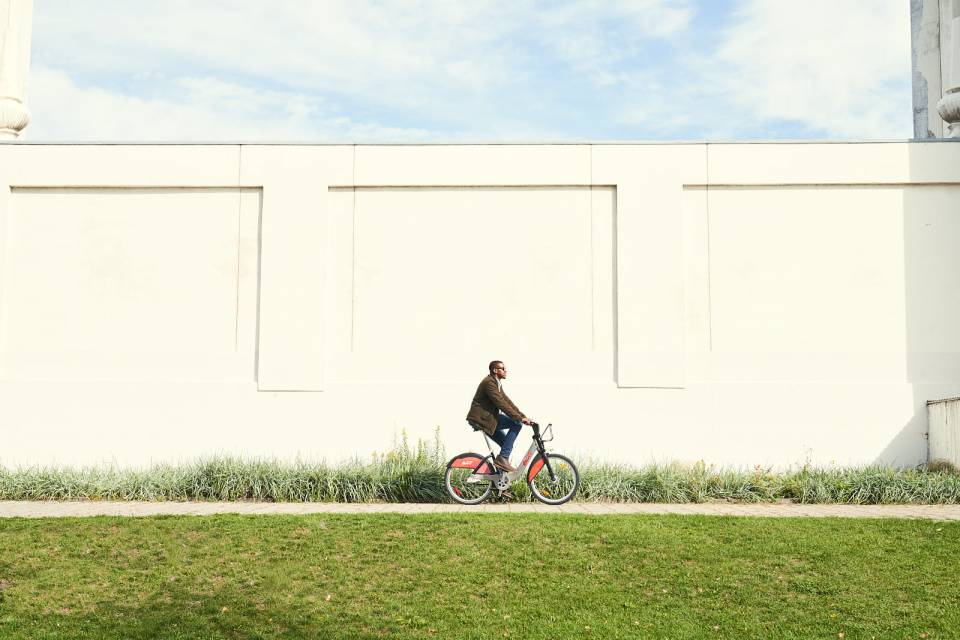 The Village of Montreal is the largest in the world! Once know as the Gay Village, the name has been changed to be inclusive of all communities, regardless of their sexuality or gender.

Did you know that the Latin Quarter used to be one of Francophone America’s intellectual centres? Today, it is a very small neighbourhood, but it was larger before the area’s urban development. The proof: it once extended to a branch of Laval University (now the University of Montreal). When this university moved north to Mount Royal in the 1940s, the Latin Quarter gradually lost its splendour before resurfacing with the establishment of UQAM in the 1970s. Today, it is the protector of culture, whether it be Quebecois or international.

Want to see all of Ville-Marie in one day? Explore at your leisure with a BIXI membership!