Explore Montreal by BIXI in a neighborhood that has reinvented itself!

If you’re a literary buff, you may have discovered the Saint-Henri neighbourhood through Gabrielle Roy’s novel Bonheur d’Occasion. If not, a BIXI ride will do the trick! Located in the Southwest borough, Saint-Henri is near Westmount and the Atwater Market. Once home to the working-class, this neighbourhood has been reinventing itself, gentrifying, and moving away from its industrial roots in recent decades. In fact, Saint-Henri is part of the Quartiers du Canal along with its fellow neighbourhoods, Little Burgundy and Griffintown. 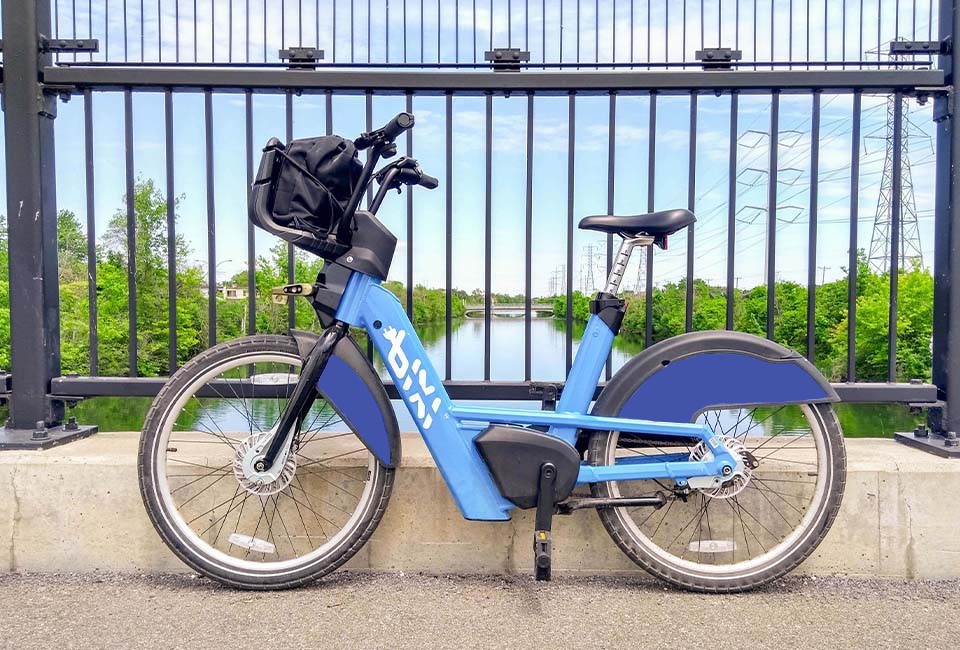 There’s one neighbourhood route you’re sure to enjoy: the Lachine Canal Bike Path! Want to ride, but don’t own a bike? No problem! You can rent a regular or electric BIXI directly on the trail. Just visit the station at the corner of Léa-Roback & Sir-Georges-Étienne-Cartier! So go ahead, take advantage of the Lachine Canal! There is also another neighbourhood bike path that crosses the historic Parc Linéaire du Premier-Chemin-de-Fer.

The Émile Berliner Wave Museum is in the Saint-Henri neighbourhood! What is this museum all about? Why, the history of sound waves, of course! This is fitting because the museum is located in a factory that housed Émile Berliner’s company, Berliner Gramophone, until the latter was bought in 1924 by Victor-Talking-Machine, which eventually merged with the Radio Corporation of Canada in 1929. 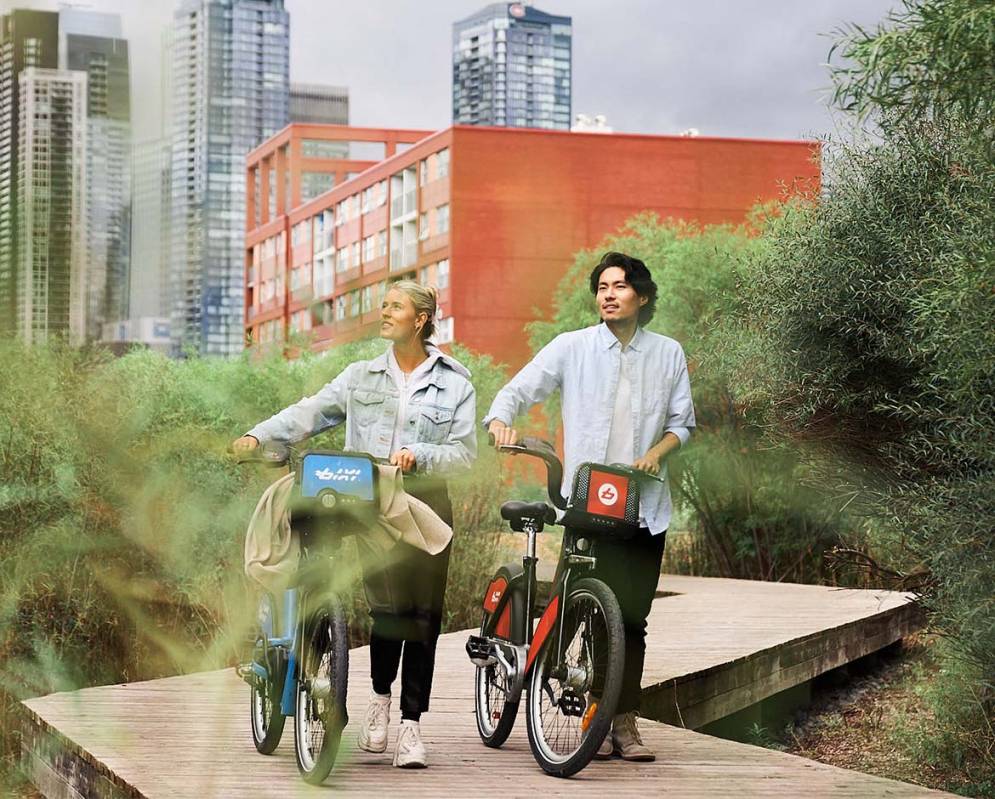 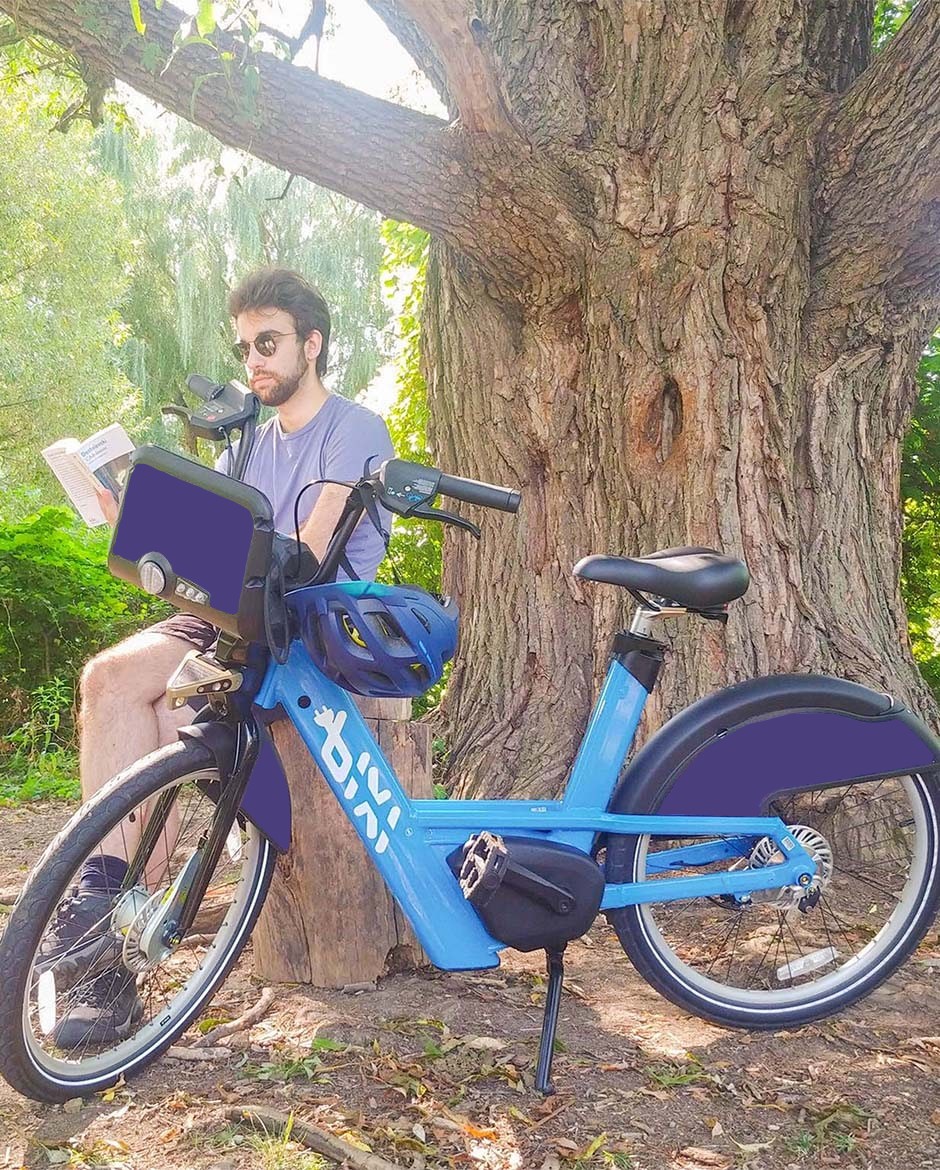 Renting a BIXI is the perfect excuse to explore Saint-Henri and take advantage of the many cafés and restaurants scattered throughout the neighbourhood! The area also has several parks, allowing you to enjoy nature in what was once a predominately industrial sector.

Saint-Henri Park is another excellent place for a picnic! At the focal point of the park, there’s a statue of Jacques Cartier perched atop a basin. It was created in 1893 by sculptor Joseph-Arthur Vincent. During the summer, the sculpture is transformed into a fountain! You can rent a regular or electric bike at the BIXI station in the park.

You can now rent bikes for two! If you’re member, just distribute your one-way Amis BIXI passes or use the mobile application’s BIXI group ride feature! Take the opportunity to try out an electric BIXI and discover why so many BIXISTS have fallen under their spell! 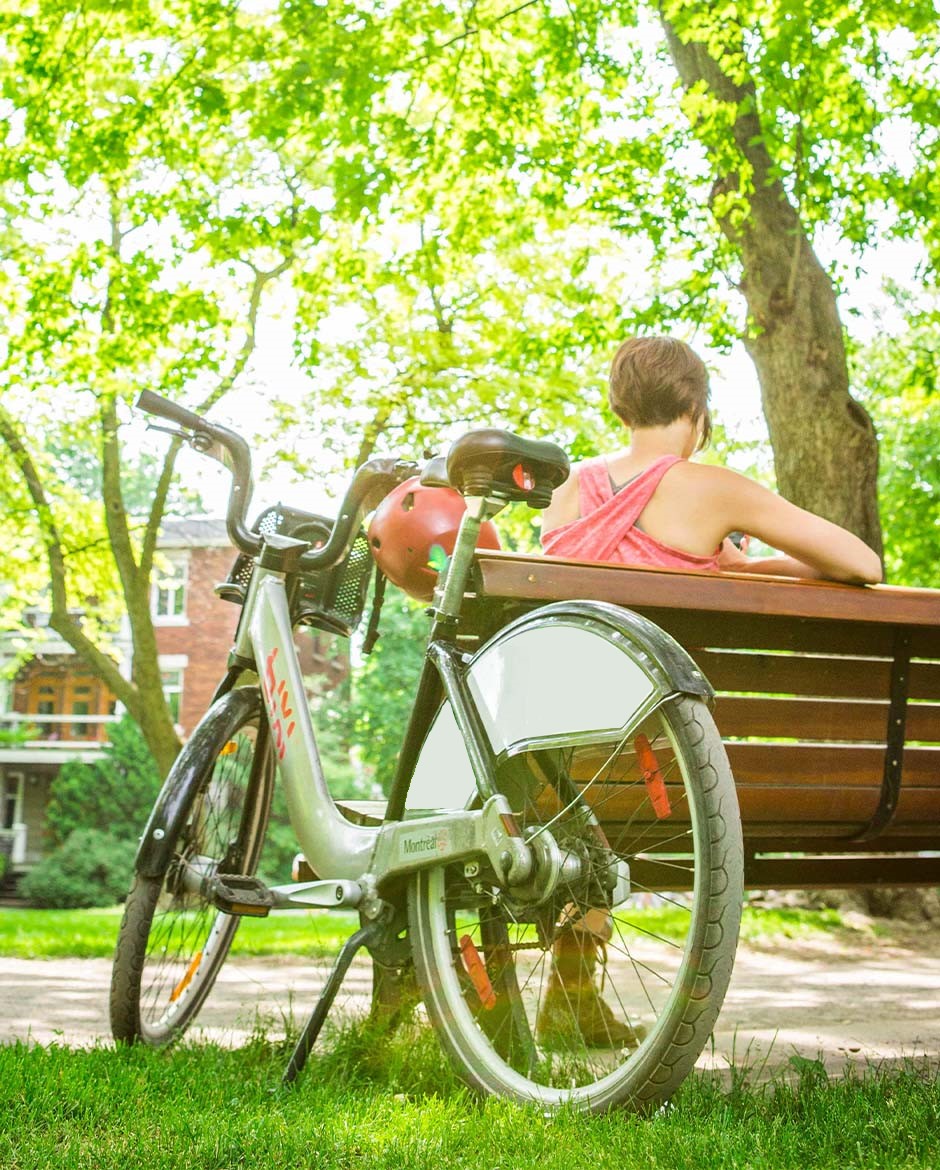 Before it was a Montreal neighbourhood, Saint-Henri was a village! Its history is linked to the economic life of Montreal. Tanneries were initially established in the area. Indeed, the village was known as "Saint-Henri-des-Tanneries" for many years. For a time, it was also called "Tanneries-des-Rolland", in honour of a dynasty of tanners who arrived in 1713. The parish of Saint-Henri was created in 1867 and officially became a village in 1875. It didn’t last long, however: the new village was annexed by the city of Montreal in 1905. The neighbourhood was industrialized during the first half of the 20th century, before the tanneries closed and the neighbourhood blossomed into a more family-oriented and green environment, thanks to the addition of several parks. Rent a BIXI today and discover how Saint-Henri succeeded in transforming itself!

Tanneries were established in the area to comply with a royal edict that prohibited them within city walls. In fact, the village of Saint-Henri owes its creation and history to this edict, issued to protect the cities from the noxious tannery odours.

As you may know, Bonheur d’Occasion recounts the story of a working-class family in the early 1940s. Published in 1945, the author, Gabrielle Roy, is actually from Manitoba! Having settled in Montreal in 1939, she included her observations of both urban life and the condition of workers in her first novel. If you’ve read it, take the time to tour the neighbourhood by BIXI and view it from another perspective: that of the workers of the 1930s-40s, trapped by the economic crisis following the stock market crash of 1929.

No one seems to agree on when the first tannery was established. Indeed, as Guy Giasson has pointed out in his article, it is widely believed that the area’s first tannery was established in 1686, at the direction of Intendant Jean Talon, who wished to be independent from France. The only problem is that Talon was Intendant of New France between 1665 and 1672! Will you demystify the history of the tanneries during your next BIXI rental? 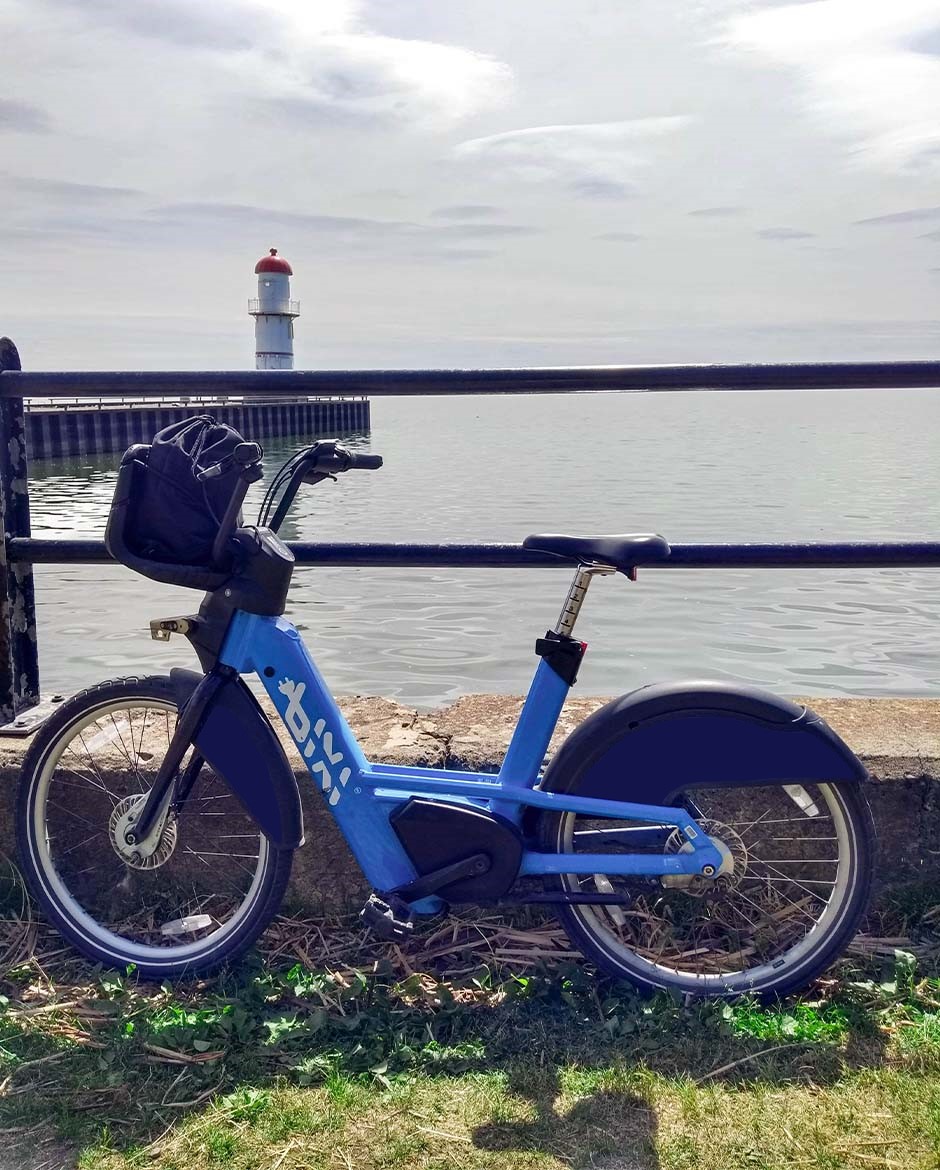 Riding along the canal and stopping in Saint-Henri, it's easy with a membership!