Ode to our culture

We couldn’t bring ourselves to separate Quartier des spectacles and Museum District! Both are in the Ville-Marie borough, near downtown, and both are an integral part of Montreal’s cultural scene. Quartier des spectacles also includes the Latin Quarter, while the Museum District encompasses the Montreal Museum of Fine Arts and surrounding area. Hop on your BIXI (regular or electric, we’re not picky) and set off to discover Montreal’s cultural life! 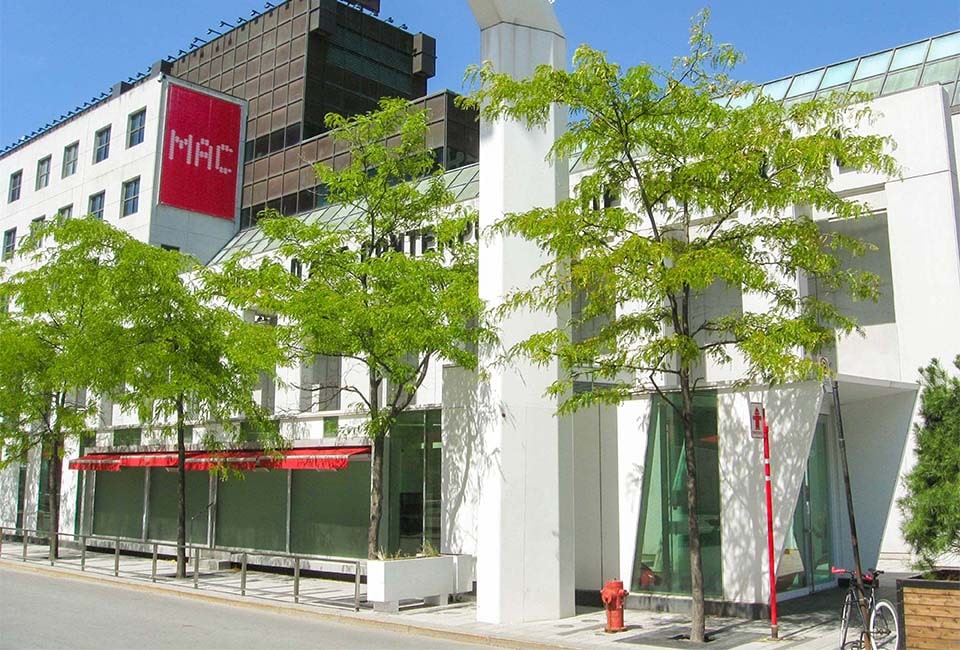 The De Maisonneuve Blvd. bike path allows you to get from one district to the other in little to no time! You can thus enjoy everything that Quartier des spectacles has to offer before heading off toward the Museum District! And the best part? Numerous BIXI stations are located along the bike path. Renting a regular or electric bike has never been easier! The Saint-Urbain Street bike path also allows you to cross the Quartier des spectacles and get from one place to the other without hassle.

There are plenty of places worth visiting in Quartier des spectacles and Museum District! A truly exceptional place, the Montreal Museum of Fine Arts is not to be missed! Getting there is a breeze. Take the De Maisonneuve Blvd. W. bike path, which runs parallel to Sherbrooke St. W., where the museum is located! Go to the BIXI station at the corner of Crescent & De Maisonneuve to return your bike or rent another. There are plenty available!

Located in Quartier des spectacles, the Museum of Contemporary Art looks forward to welcoming and introducing you to the world of modern art. The museum’s many collections include magnificent and inspiring works of art that will transport you into another dimension.

Another cultural venue, the McCord Museum, specializes in social history and features collections ranging from high fashion to indigenous culture and photography, just to name a few. 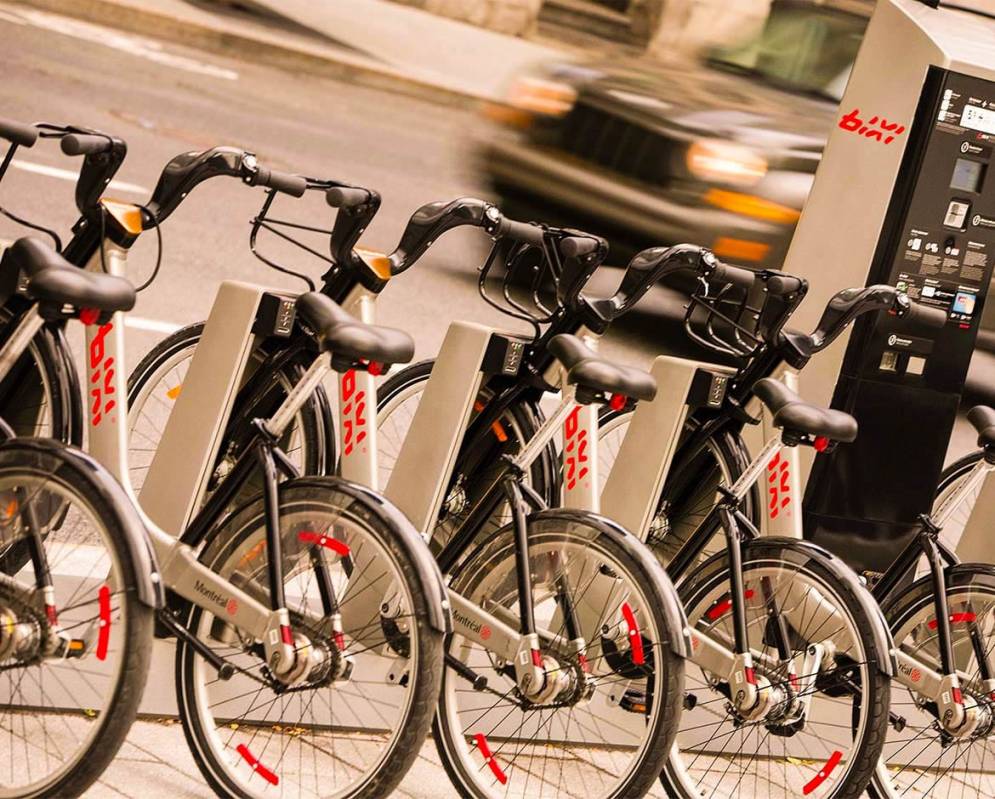 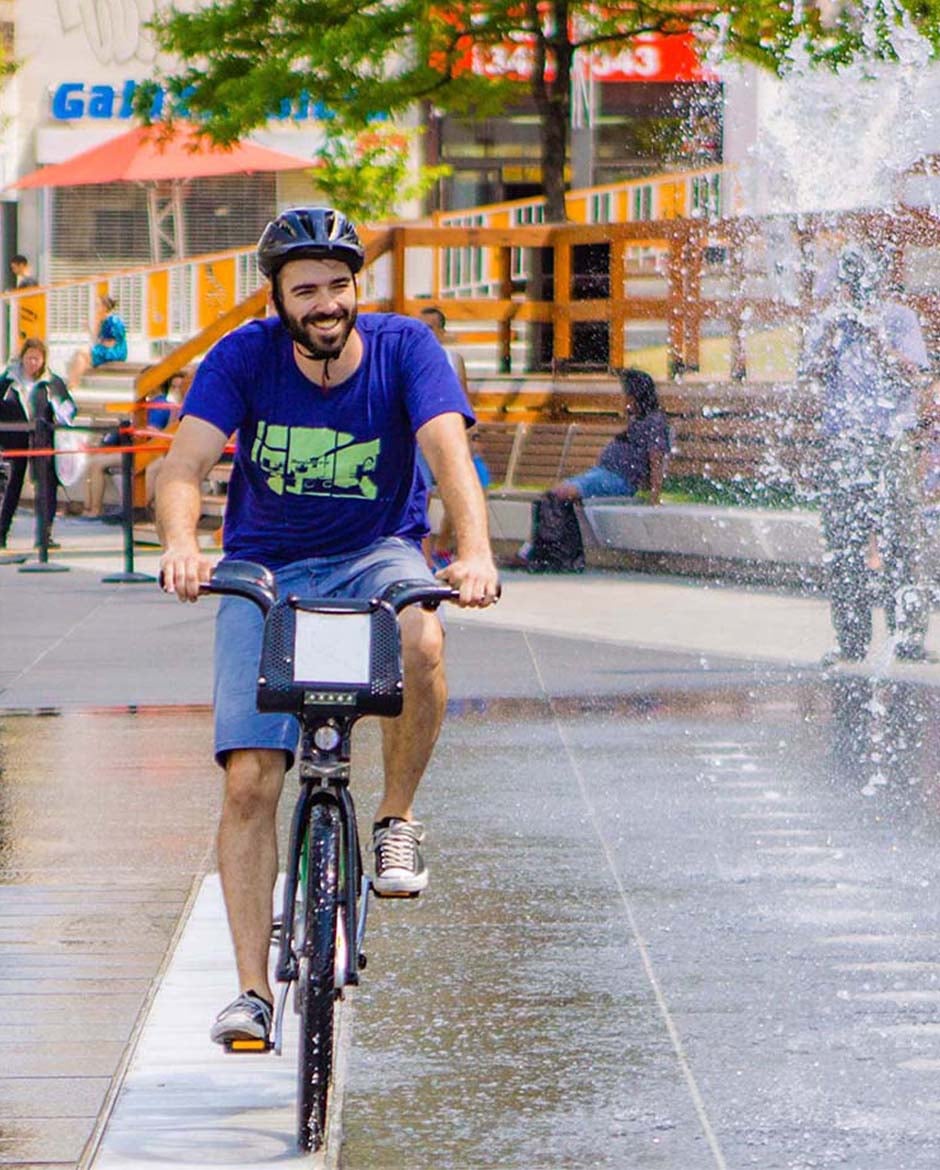 Rent a BIXI and tour the districts...

In Quartier des spectacles and Museum District, the sky’s pretty much the limit when it comes to having fun! In addition to summer activities, neighbourhood venues (including the Théâtres du Nouveau Monde, Saint-Denis, and Duceppe) put on numerous shows.

During the summer, Place Émilie-Gamelin is transformed into Gamelin Gardens, where you can enjoy the atmosphere, have a picnic with family or friends, and take part in the many organized activities. Travel back and forth by BIXI: bike rentals are available at the corners of Saint-Hubert & De Maisonneuve and Sainte-Catherine & Labelle.

Hate to attend shows alone? Rent BIXI bikes for two or more people! Distribute your one-way Amis BIXI passes to your companions or use the mobile application’s BIXI group ride feature to rent several bikes at a time. 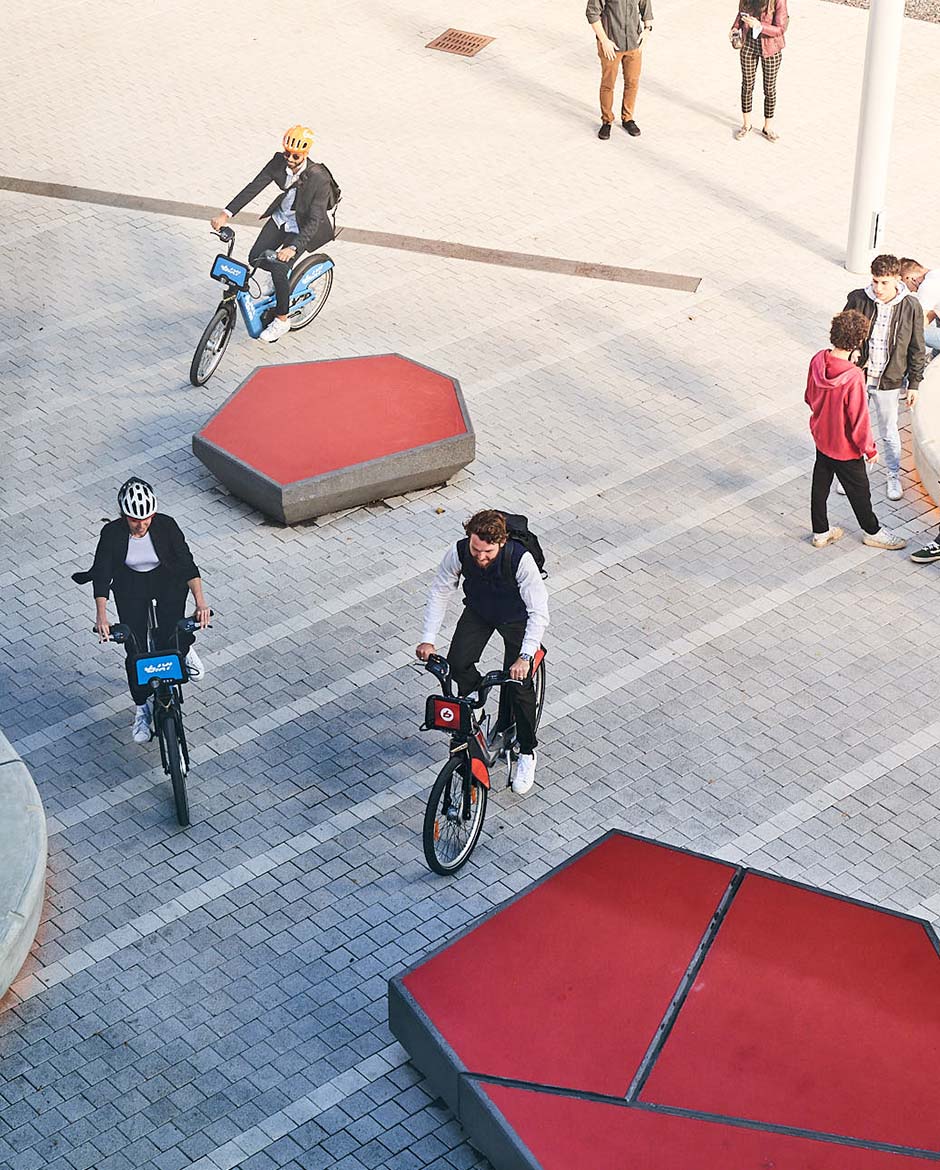 As you can well imagine, these two districts were not always as they are today! Rent a regular or electric BIXI and pedal back in time to discover what the streets of Montreal used to be like!

For almost 100 years, the Museum District was the preferred neighbourhood of the predominantly English-speaking upper class. Today, all that remains of the Golden Square Mile are a few Victorian style buildings that evoke the luxury of the 1850s and a certain charm that still attracts many upscale boutiques!

As for the Quartier des spectacles, it is a project above all else! This area was formerly Montreal’s Red-Light District (the neighbourhood that earned the city its reputation for being a party town in the early 20th century). Not only did this district have its share of academic and intellectual institutions, but there were also many theatres and cabarets that welcomed artists from all around the world. As the Quartier des spectacles’ official web site indicates, all this hubbub attracted gangs that turned Montreal’s Red-Light District into a den of debauchery and illegal gambling. Little by little, the old Red-Light district was abandoned. However, in the early 2000s, revitalization projects began to transform it into the culturally rich venue that we know today! In any case, Montreal’s ultimate luxury and entertainment district, both past and present, is only a bike rental and a few pedal strokes away!

Fun facts about the Quartier des spectacles and Museum District!

Many of the houses that once belonged to affluent English owners now belong to McGill University, which has established departments within them! Indeed, the Allan Memorial Institute was once the home of a wealthy Scotsman, while the Lady Meredith and Hosmer Houses belonged to other well-to-do families. During your next bike rental, don’t forget to take a ride past these historic houses, as they are truly unique monuments in the landscape of Montreal! 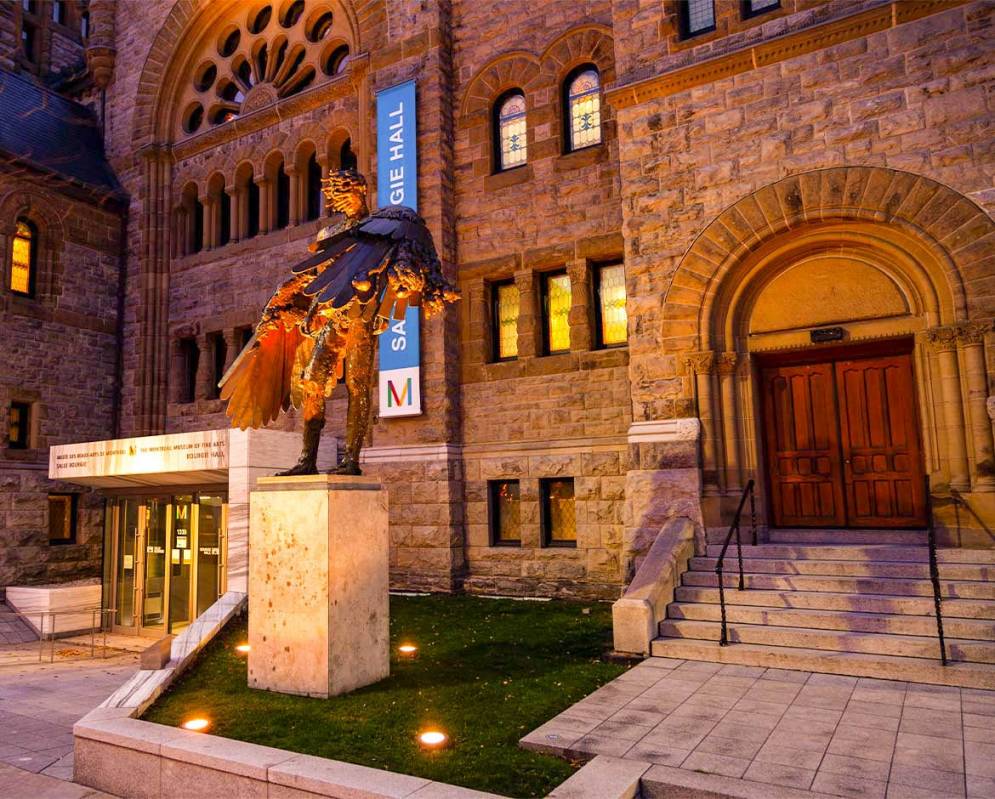 Enjoying everything the Quartier des spectacles and the Museum District have to offer is easier with a membership!