Explore Montreal by BIXI and ride through the plateau!

Legendary charm of the Plateau

The Plateau-Mont-Royal borough needs no introduction. But for those who are less familiar with it, let’s explore this little Montreal gem together! Several popular neighbourhoods are located here, including Mile End, Milton Park, Little Portugal, and of course the Plateau and Mount Royal! If you’re into Quebecois novels, you probably already know a little something about this borough thanks to the acclaimed Michel Tremblay’s Les Chroniques du Plateau-Mont-Royal! The centre of his childhood and the inspiration for many, if not all, of his writings, this once working-class neighbourhood has been brought to life over thousands of pages! 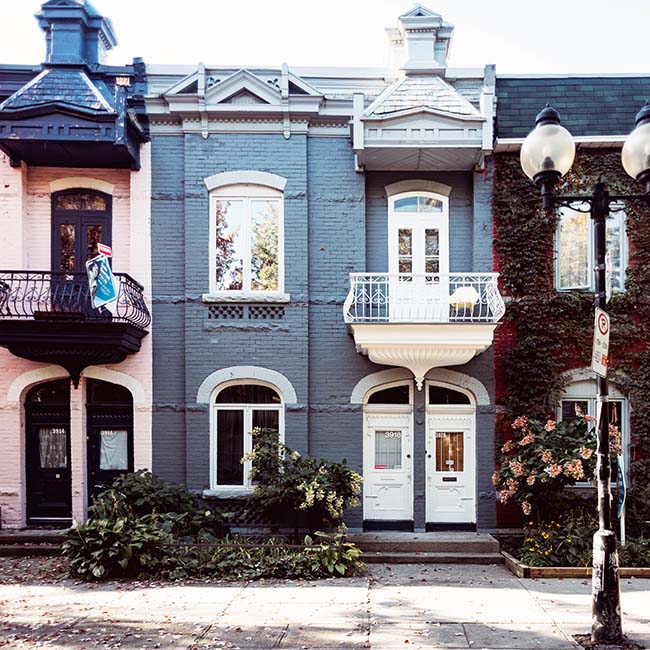 BIXI proposes a tour of Plateau-Mont-Royal based on the works of Michel Tremblay! What could be better than a literary bike tour? Take advantage of your rental to discover the stomping grounds of Thérèse, Édouard, or another favourite character.

Looking for a festival or an event to attend? Fighting boredom? Need some cultural stimulation? There’s no shortage of activities in Plateau-Mont-Royal! One of the Plateau’s most popular festivals, MURAL, takes place every summer! Even better, it’s free of charge! Rent a bike in Plateau-Mont-Royal and discover this urban arts festival, which runs for ten days! 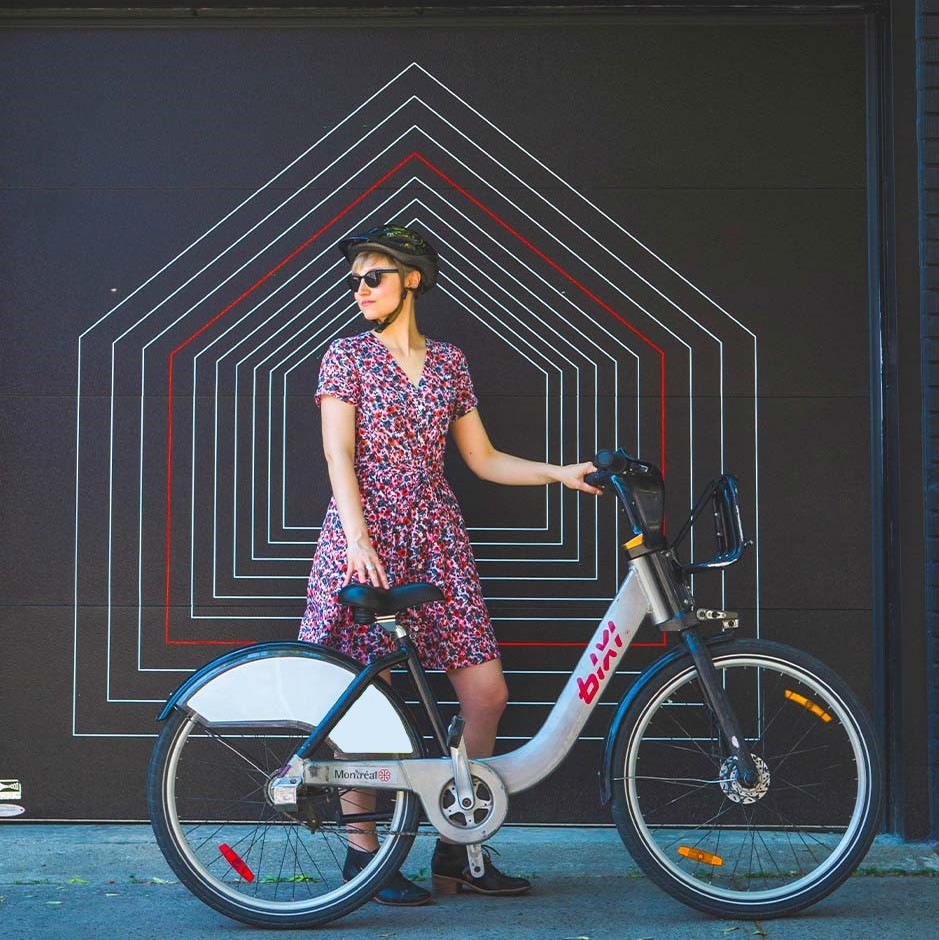 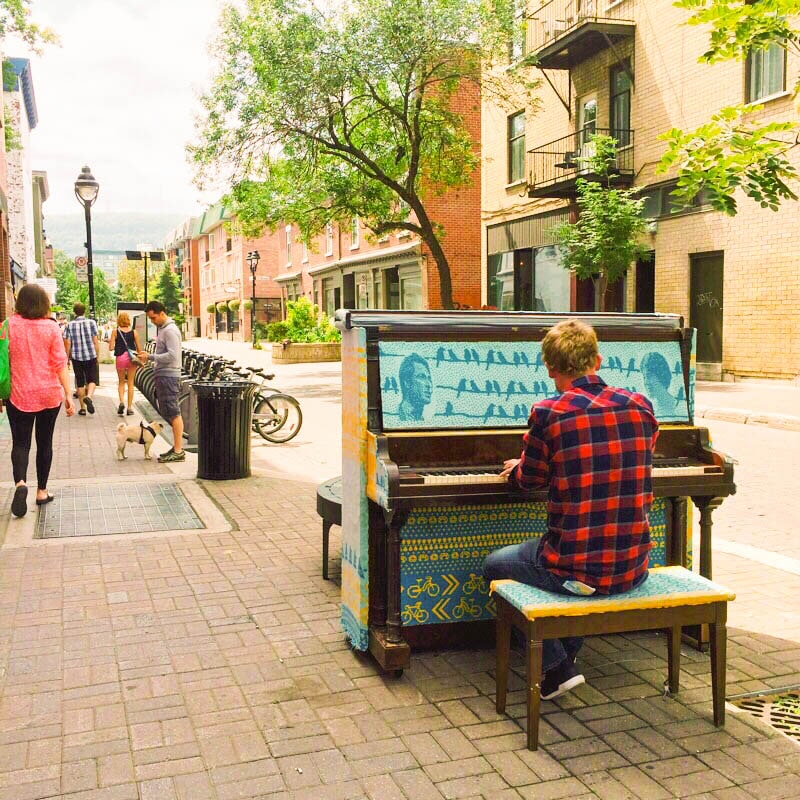 Rent a BIXI and tour the borough...

Feel like an evening at the theatre? You’re spoilt for choice, as the Théâtre de Quat’Sous, the Théâtre du Rideau-Vert, and the Théâtre de La Licorne are all located in Plateau-Mont-Royal! BIXI stations are available at each of these theatres to simplify bike rental and get you there and back again hassle-free!

Plateau-Mont-Royal has many art galleries, but the most popular is undoubtedly Livart! Getting there by bike has never been easier since the gallery is located near the Rachel Street bike path and directly in front of the Saint-Denis Street bike path! On your way out, you can also rent a BIXI by going to the Plateau-Mont-Royal station at the corner of Roy Est & Saint-Denis!

Don’t forget to bring a friend along to the theatre or to enjoy pastries at a local bakery! With BIXI, you have access to bike rentals... for two! Give away the one-way Amis BIXI passes that you’ve accumulated or take advantage of the mobile application’s BIXI group ride feature! BIXI is here to make sure you have an enjoyable time, in good company... while riding a bike! 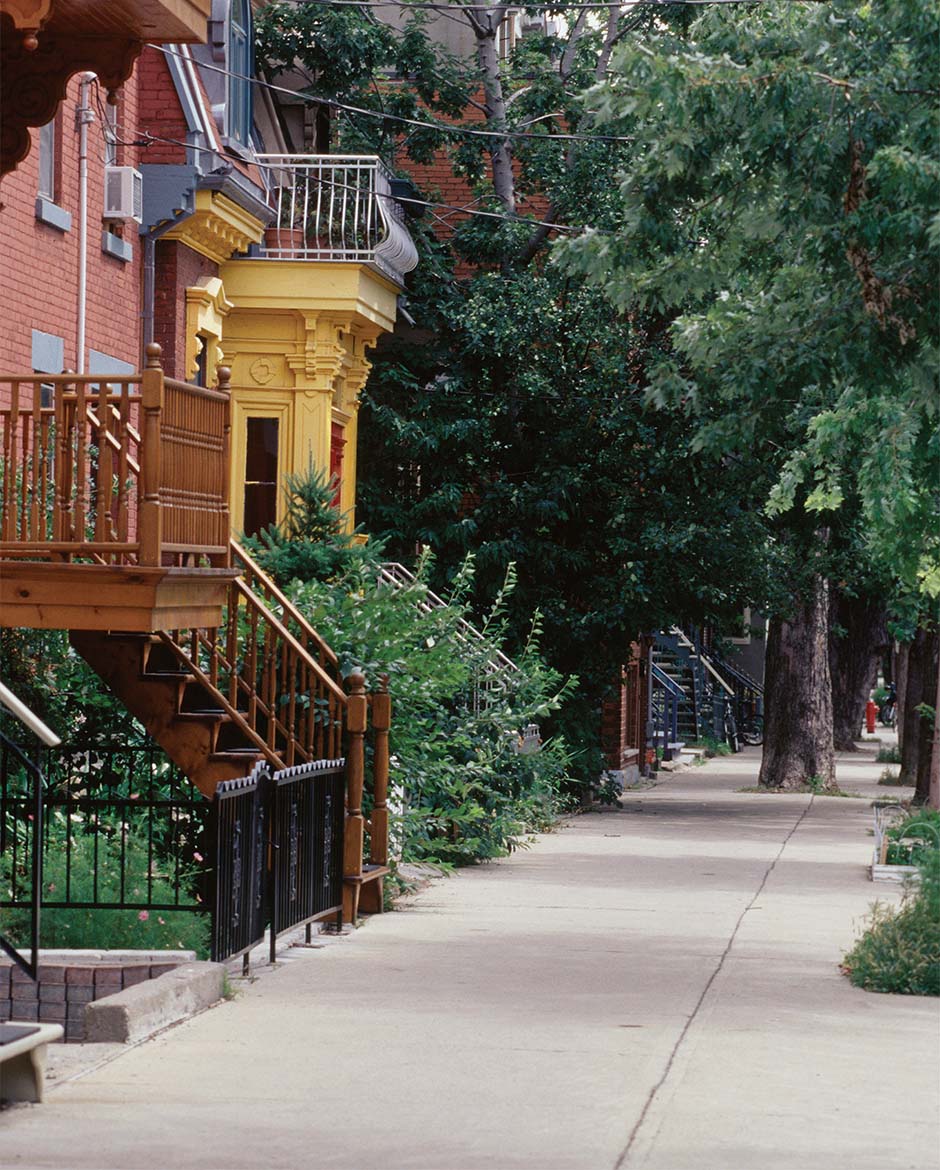 The Plateau’s history is that of the workers involved in the area’s urbanization. Michel Tremblay’s imaginary world is not so far from reality: it thus evokes a certain nostalgia in those who have lived it. But we mustn’t forget that Plateau-Mont-Royal existed long before the 1940s and 50s. Although it did not bear this name, it was already present in another form!

Before becoming the cultural borough that we know today, the Saint-Jean-Baptiste village, bounded by Sherbrooke and Duluth, was located here. It was mainly populated by English middle class families, who eventually left to make room for the workers. The latter left the area in the 1980s, driven by the massive influx of students attracted to the low cost of rent and the proximity of downtown. This is how the working class in Les Chroniques du Plateau-Mont-Royal gave way to students and artists, leading to the creation of a rich cultural milieu.

Not only did author Mordecai Richler write about his Mile-End neighbourhood, but he also wrote about the Plateau-Mont-Royal borough of his childhood! Several other authors, including Michel Tremblay, Yves Beauchemin, and Francine Noël, have also written about the borough, which has led to its recognition. The publication of such works has made Plateau-Mont-Royal, a former working-class area, quite appealing.

Since the early 2000s, Plateau-Mont-Royal has been ironically referred to as New France due to a significant increase in the number of French immigrants. Many French-inspired shops and bakeries are found throughout the borough, and the Parisian accent is regularly heard. During your bike rental in Plateau-Mont-Royal, you might just feel like you’re in Paris, where the concept of bike-sharing was born. Enjoy a Parisian experience on your BIXI, a very Quebecois bike!

Plateau-Mont-Royal is known as a cultural milieu. In addition to its art galleries, it is also home to the Montreal Music Conservatory and the National Theatre School of Canada! Are you a student? Take advantage of it! There are several BIXI stations near the National Theatre School of Canada, and dozens more en route. Plus, the bike paths on Saint-Denis Street and Laurier Avenue make getting to class a breeze! Don’t wait, rent a BIXI bike in Plateau-Mont-Royal and arrive to your classes on time!

The legendary play Broue made its debut in Plateau-Mont-Royal! A monumental play in the culture of Quebec, it first appeared on stage on March 21, 1979, at the Théâtre des Voyagements, which was then located in the Plateau. No one could have known that it would be performed nearly forty times, to the great delight of the Quebecois public! 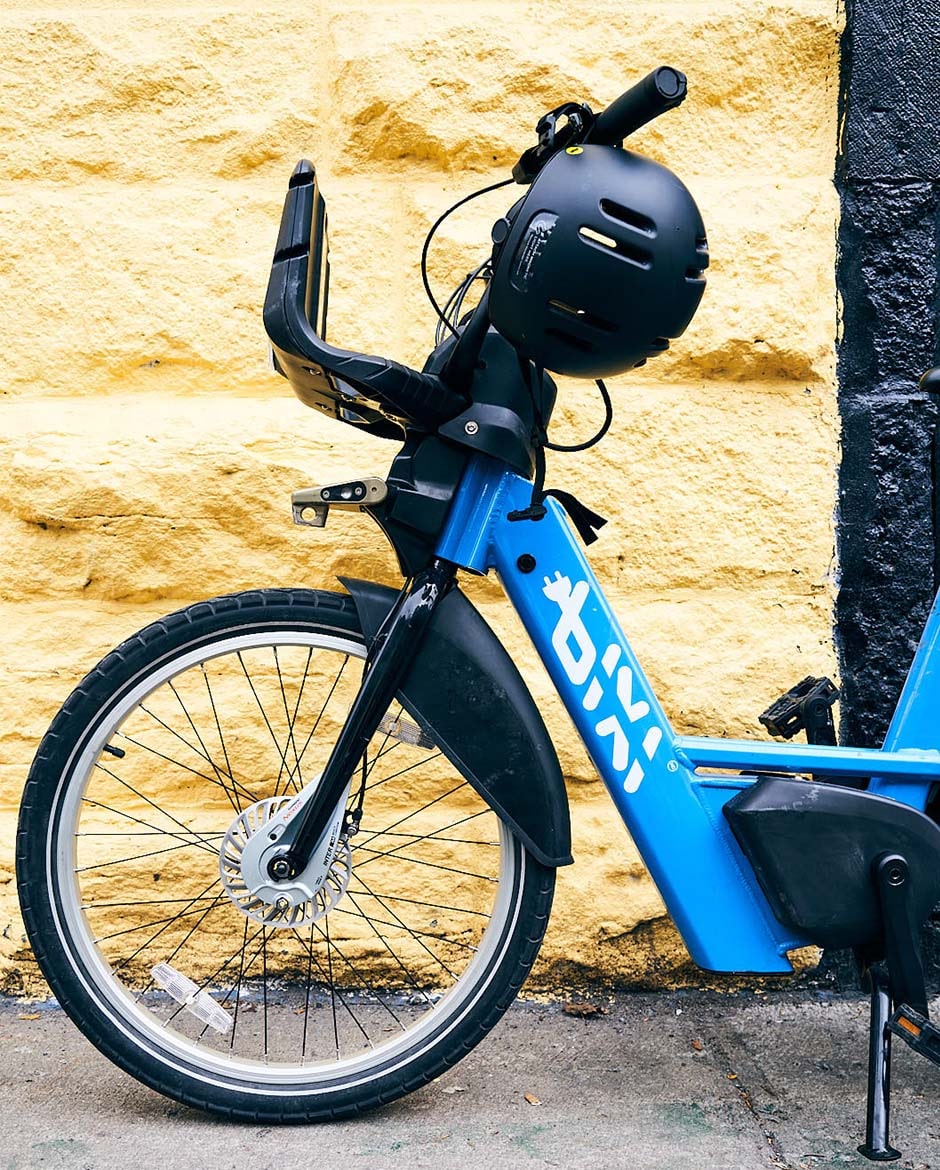 Enjoy the Plateau’s cultural life with a BIXI membership!