Explore Montreal by BIXI and visit the city’s most avant-garde neighbourhood!

As most Montrealers know, if you want to eat culture and art for lunch, this neighbourhood in the Plateau-Mont-Royal borough is a must! Many artists grew up here before becoming famous on the stage. Mile End is the perfect place for foodies to savour Fairmount’s legendary bagels or Schwartz’s smoked meat sandwiches. BIXISTS will enjoy the neighbourhood’s numerous bike paths and the ease with which they can rent a bike! 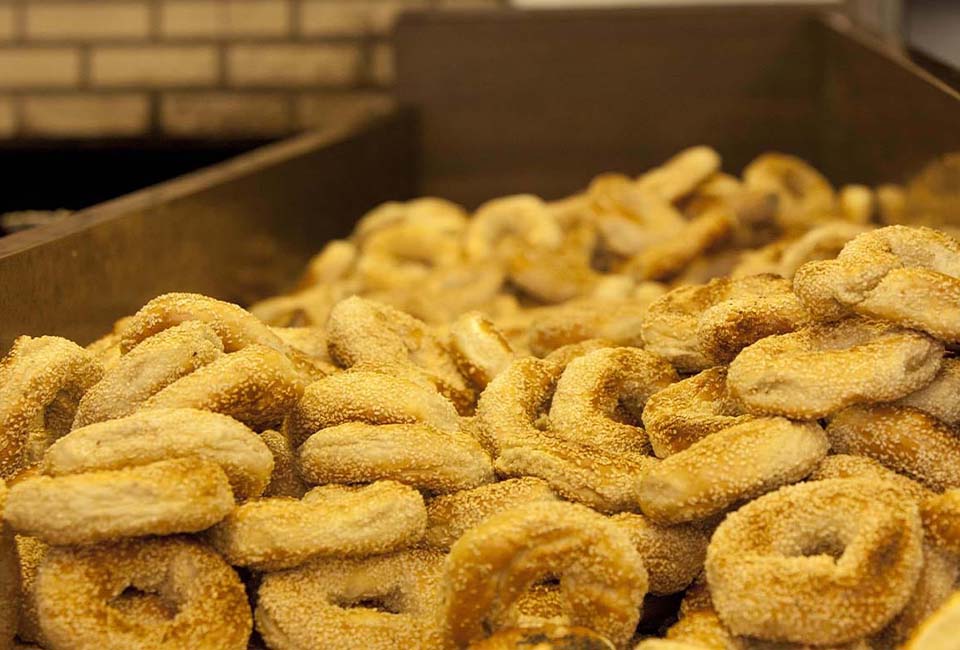 There’s no shortage of bike paths in Mile End! On Clark Street, you can take a bike path that leads to another on Rachel Street and thus visit several parks in the city, including Mount Royal! Crossing Mile End, the Saint-Urbain Street bike path takes you past the Quartier des spectacles and as far as Chinatown! BIXI stations are located all along these paths, so that you can rent a bike in Mile End and get around when you want, wherever you want!

Interesting detail: thanks to the Clark Street bike path, you can access the Réseau-Vert, a multifunctional path where you can ride, get in shape, enjoy various parks and, of course, unwind.

Mile End’s charm should make you want to visit the neighbourhood more fully! Its many cafés and restaurants are, in and of themselves, a good excuse to visit Mile End. And it’s even better on a BIXI! Simply visit a station to rent a bike in Mile End. Using the mobile application, you can unlock a regular BIXI or try an electric one!

Did you know that the Van Horne Viaduct’s many pillars are decorated with murals? Are you a fan of this art form? Stop and admire them on the Saint-Urbain Street bike path the next time you rent a bike in Mile End. During your visit, don’t forget to take a picture with your BIXI! 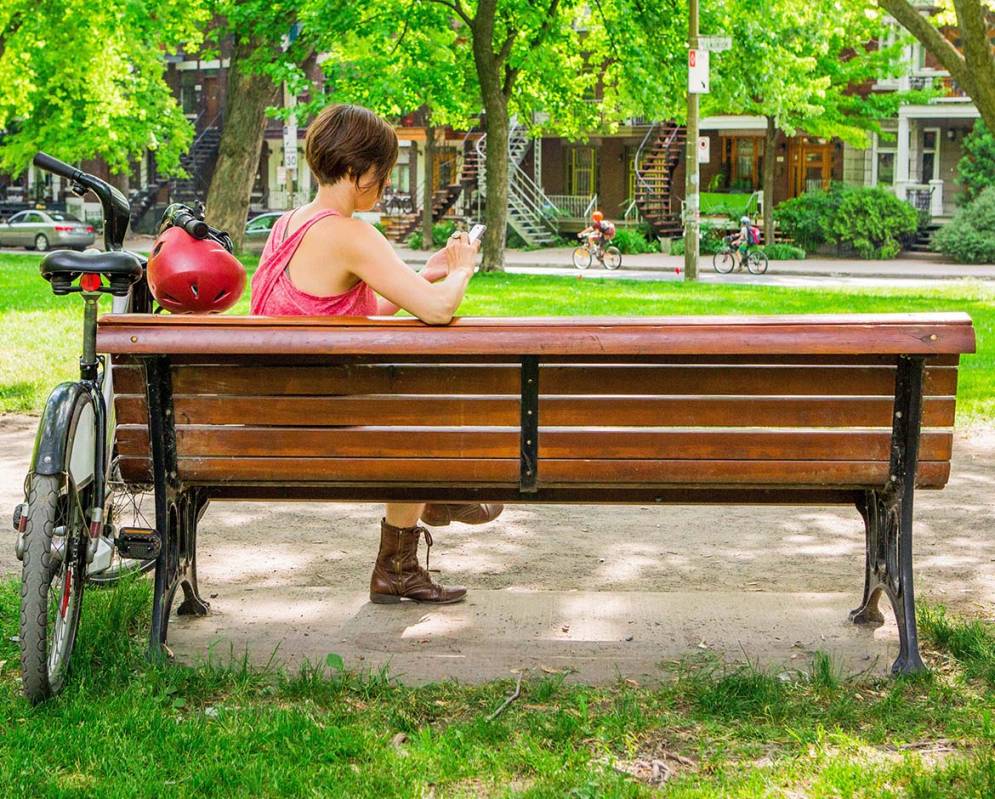 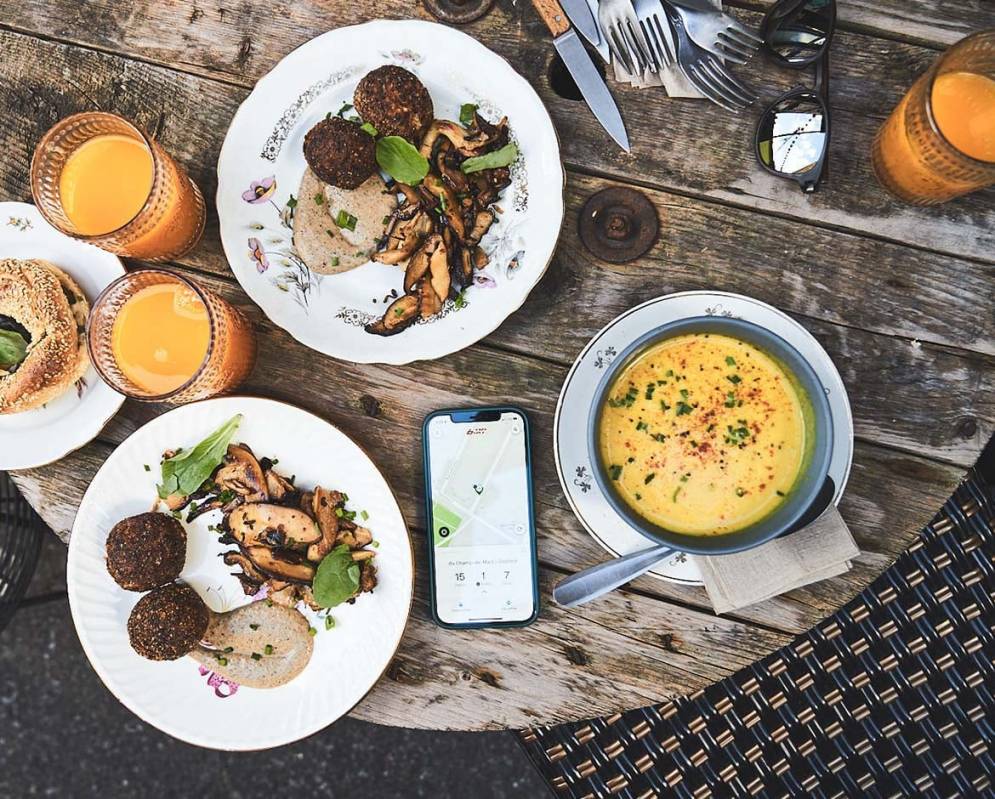 Speaking of the Van Horne Viaduct, it is home to a festival on certain summer evenings! Taking place in late August and early September, the Mile Ex End Festival features several concerts for the enjoyment of locals and those who love Mile End! Numerous BIXI stations make it simple to rent a bike in the Mile End neighbourhood.

The neighbourhood hosts another festival for Japanese culture lovers: Japan Week, presented by YATAI MTL, takes place in Mile End in June. Come and discover distinctively Japanese products! In existence since 2018, all you need to do is put on your yukata and rent a BIXI bike to take you!

Mile End welcomes yet another cultural festival. Organized by Les Filles Électriques, the Phenomena Festival showcases unconventional artists for a truly unforgettable experience. Strap on your bike helmet because you’ve never been to an event like this before!

Feel like sharing a delicious meal in Mile End? Want to check out the festivities and stores? As a member, you can give out free one-way passes thanks to the Amis BIXI program or use the mobile application’s BIXI group ride feature! Rent several bikes in one click and enjoy an outing for two! 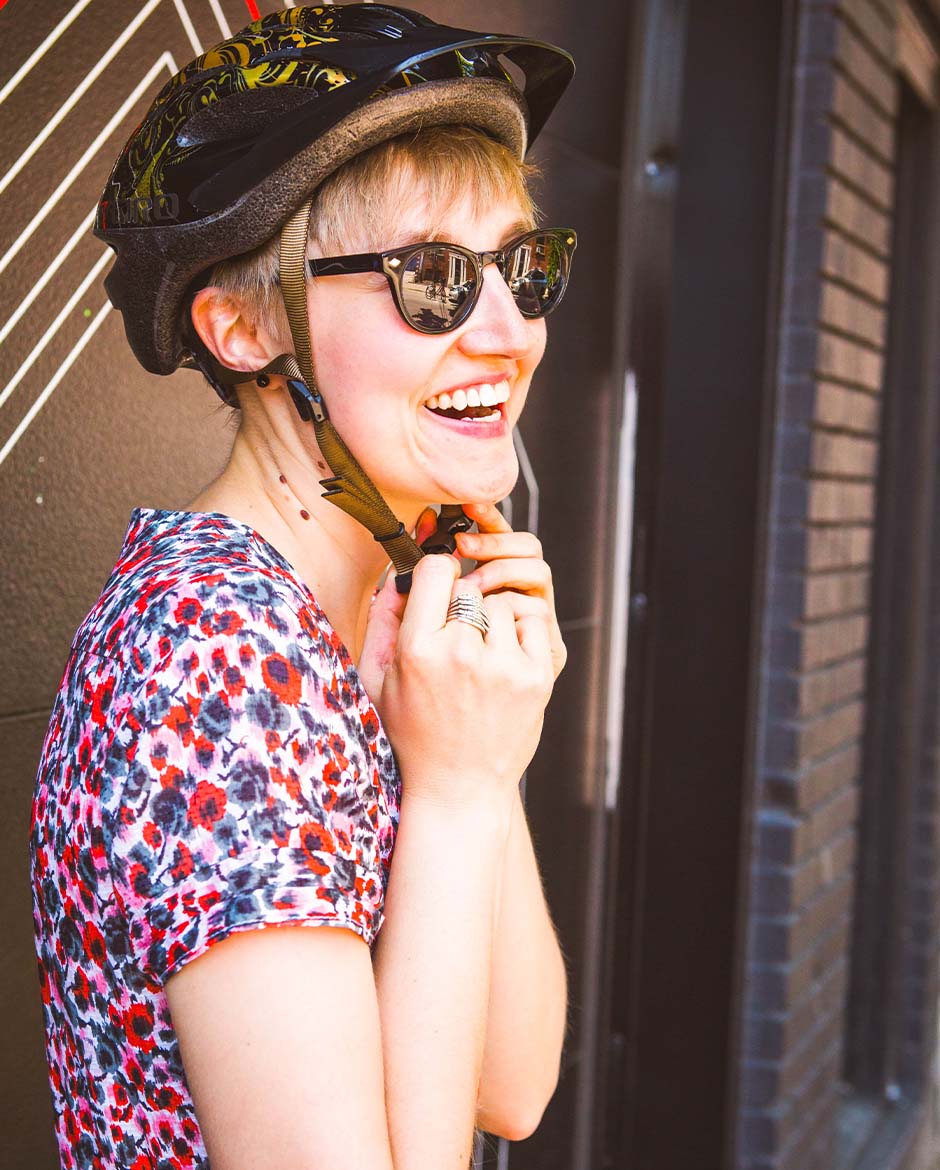 It’s always more fun to explore a neighbourhood when you know a bit of its history! Pedal into the past and get to know each Montreal neighbourhood like the back of your hand!

Did you know that the neighbourhood’s name, Mile End, is 200 years old? In fact, you can’t separate Mile End from the horse races and the small inn that was established in the area. John Clark, an English butcher, bought a piece of land that later became a racetrack named Mile End Farm. There is speculation that he also named the inn Mile End.

The name is of medieval origin. Indeed, it appears to mean a place that is a mile away from another. A village in England (much less well known than ours) bore this name before it was annexed by the city of London, becoming one of its boroughs. Although the name’s origins date back to the 13th century, here, it is still quite young in comparison!

Before becoming the cultural hot spot that it is today, Mile End was poor neighbourhood with many ethnic communities living in crowded conditions. The Jewish, Irish, and French Canadian populations lived side by side and, as Yves Desjardins points out in his book Histoire du Mile End, you can still feel their presence and influence in the neighbourhood today. Ride down Clark Street and revisit this part of our history the next time you rent a BIXI bike in Mile End!

Many artists come from Mile End! Singer-songwriters like Ariane Moffatt, music groups like Arcade Fire, and authors like the controversial Mordecai Richler grew up in Mile End. Having spent his childhood on Saint Urbain Street, Richler made Mile End the centre of numerous works.

Park Extension and Mile End have witnessed the birth of a new neighbourhood between them, called Mile-Ex! Montrealers know it well, as it has been making its mark on the population for several decades. Outside of Montreal, word is slowly getting out, and it’s becoming the cool new neighbourhood to visit! Which just goes to show that Montreal is full of places must-see places!

Not only is Mile End known for its smoked meat sandwiches—a neighbourhood staple ever since Jewish immigrant Reuben Schwartz opened Schwartz’s 1928—it is also famous for its Fairmount bagels! Montreal’s first bagel bakery, which has been around since 1919, still uses the same traditional method to make its bagels. The bagels are so popular that they were even taken into space, thanks to astronaut Greg Chamitoff, nephew of the current owner. He couldn’t resist the temptation of taking this hometown indulgence with him! 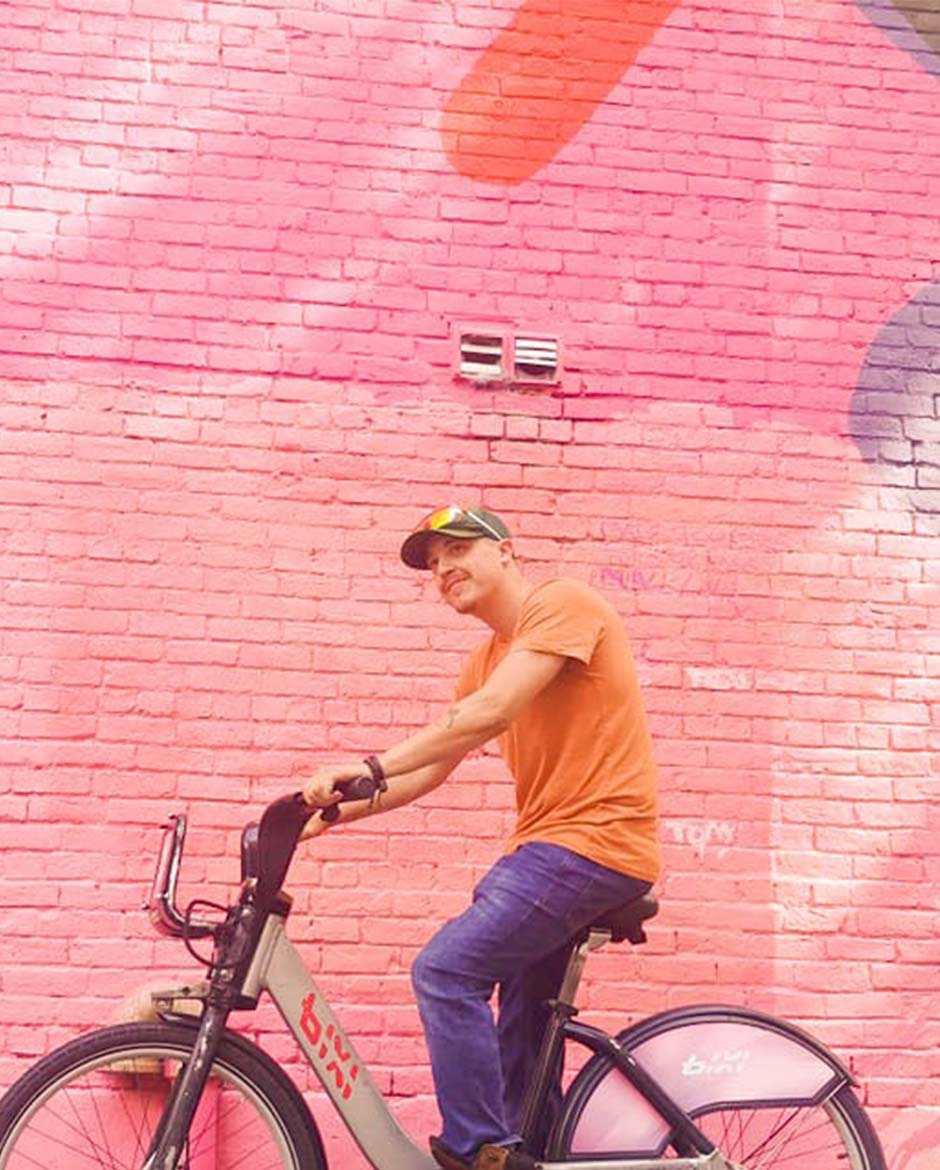 To visit a neighborhood like Mile-End, you need an avant-garde means of transportation.