Seeing as La Petite-Patrie is adjacent to Little Italy, you’ve probably already ridden through it unwittingly! Included in the Rosemont-La-Petite-Patrie borough (formed in 1989), the neighbourhood is named after Claude Jasmin’s autobiographical novel La Petite Patrie. Published in 1972, it was subsequently made into a soap opera. In the book, the novelist recalls growing up on Saint Édouard Street, near Little Italy. This important Quebecois work was also adapted into a comic book in 2015. If you’re a fan of the novel or one of its adaptations, rent a BIXI bike and discover La Petite-Patrie neighbourhood with us! 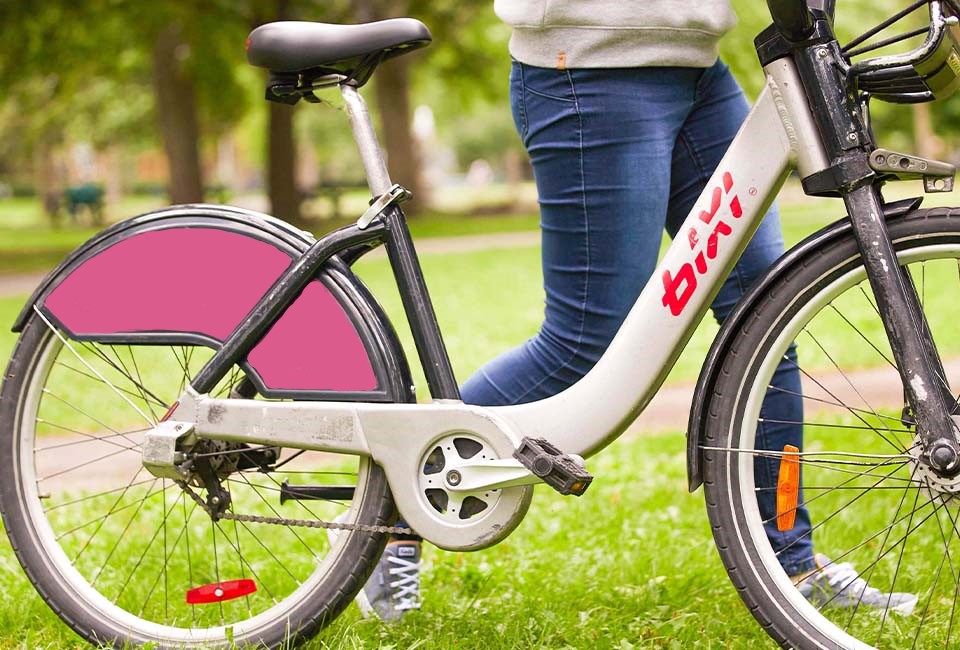 One of Montreal’s most beautiful bike paths—the Bellechasse Street path—crosses La Petite-Patrie. More than 6-km long, it connects several green spaces, including the Parks of Louisiana, Étienne-Desmarteau, Léon-Provancher, and Père-Marquette. This means that you can explore Montreal’s many parks or take a leisurely stroll after renting a bike in La Petite-Patrie!

Cycling enthusiasts have numerous other options available to them in La Petite-Patrie. In addition to Bellechasse Street, bike paths are located on Saint Zotique Street, 1st Avenue, and 16th Avenue. If you take the 16th Avenue path, you can get to Saint Bernadette Park in no time at all. A BIXI station at the corner of 19th Avenue and Saint Zotique allows you to rent a regular or electric bike in La Petite-Patrie and take full advantage of the bike path!

Be sure to visit Père-Marquette Park in the heart of La Petite-Patrie! Whether you’re interested in a picnic or a friendly game of spike ball—or simply want to read in the fresh air—you’ll find BIXI stations nearby. BIXI offers bike rentals at the corner of Chambord & Rosemont and at the corner of Marquette & Des Carrières in La Petite-Patrie. Enjoy your trip to the park and arrive home safely!

You’ll find several murals in La Petite-Patrie! Urban art lovers are in for a real treat! Don’t forget out check out the murals at 6542 Chateaubriand Avenue and 532 Saint Zotique Street, among others. The number of neighbourhood murals will not disappoint! A tour of these murals will add to the charm of your next regular or electric BIXI bike rental in La Petite-Patrie! 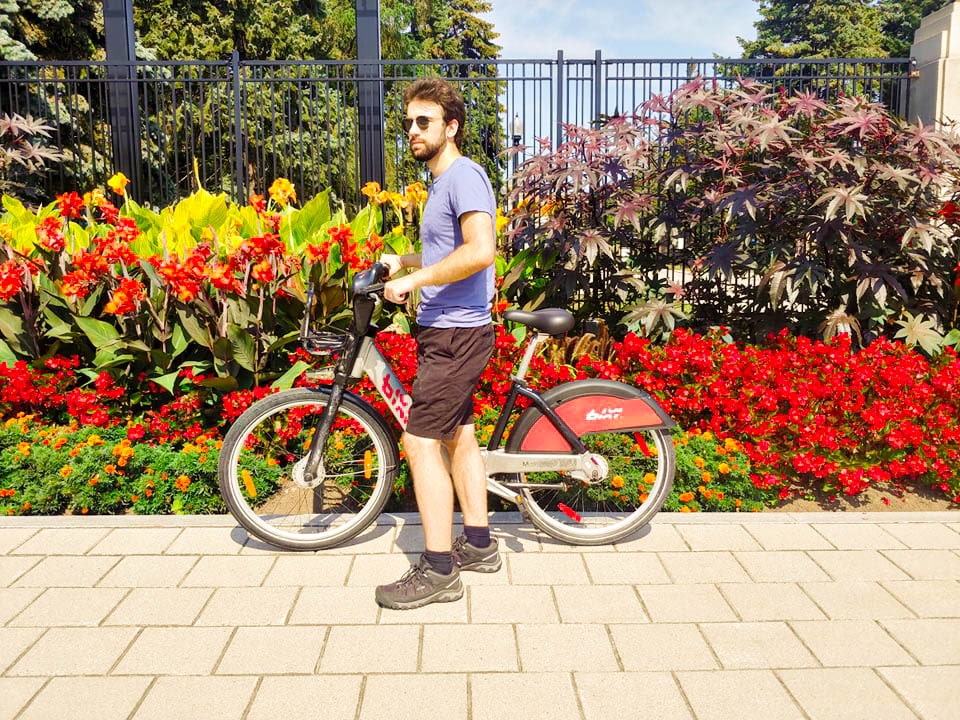 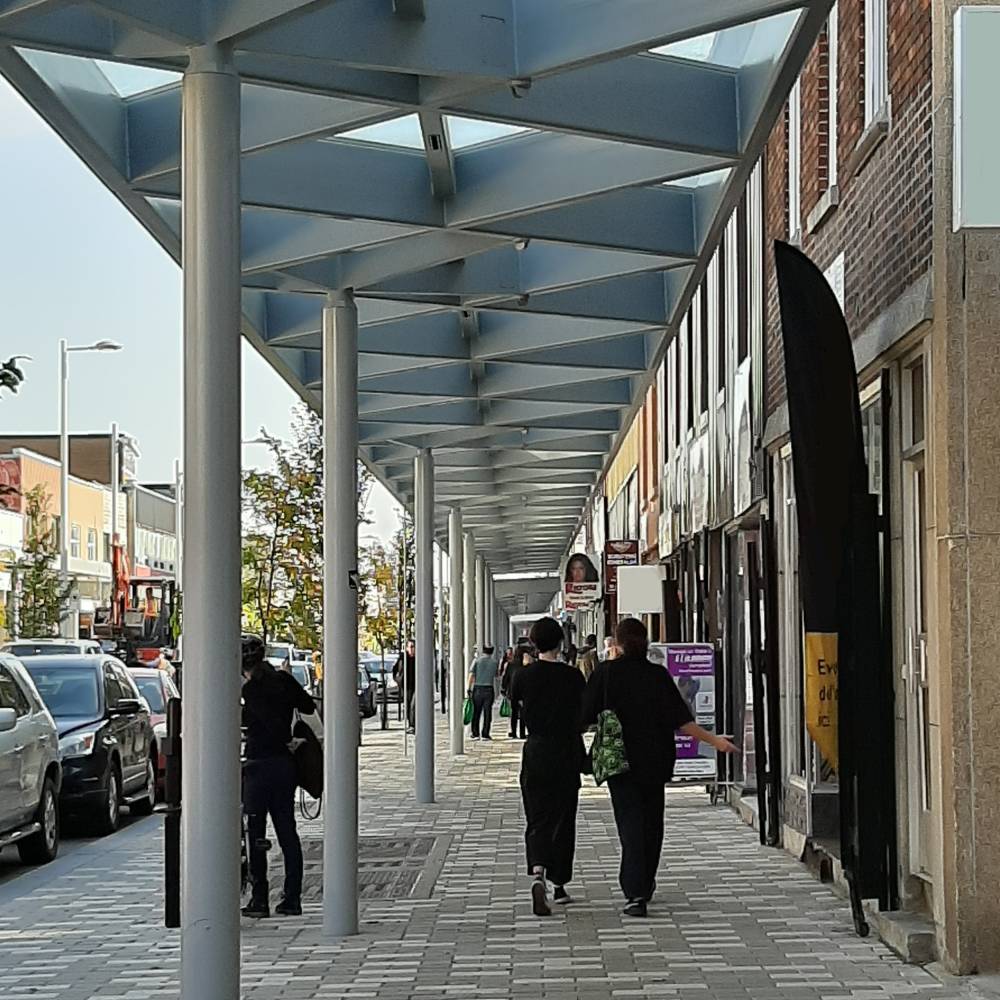 Feel like shopping? La Petite-Patrie is home to Plaza Saint-Hubert! Added benefit: it is literally surrounded by bike paths! Whether you take the path on Bellechasse Street, Chateaubriand Avenue, or Boyer Street, BIXI makes getting to the plaza easier than ever!

There’s nothing better than riding a bike! Of course, it’s always more fun with a friend! Those with a BIXI membership can receive shareable one-way passes by signing up for the Amis BIXI program! You can also use the mobile application’s BIXI group ride feature to rent several bikes in La Petite-Patrie neighbourhood! 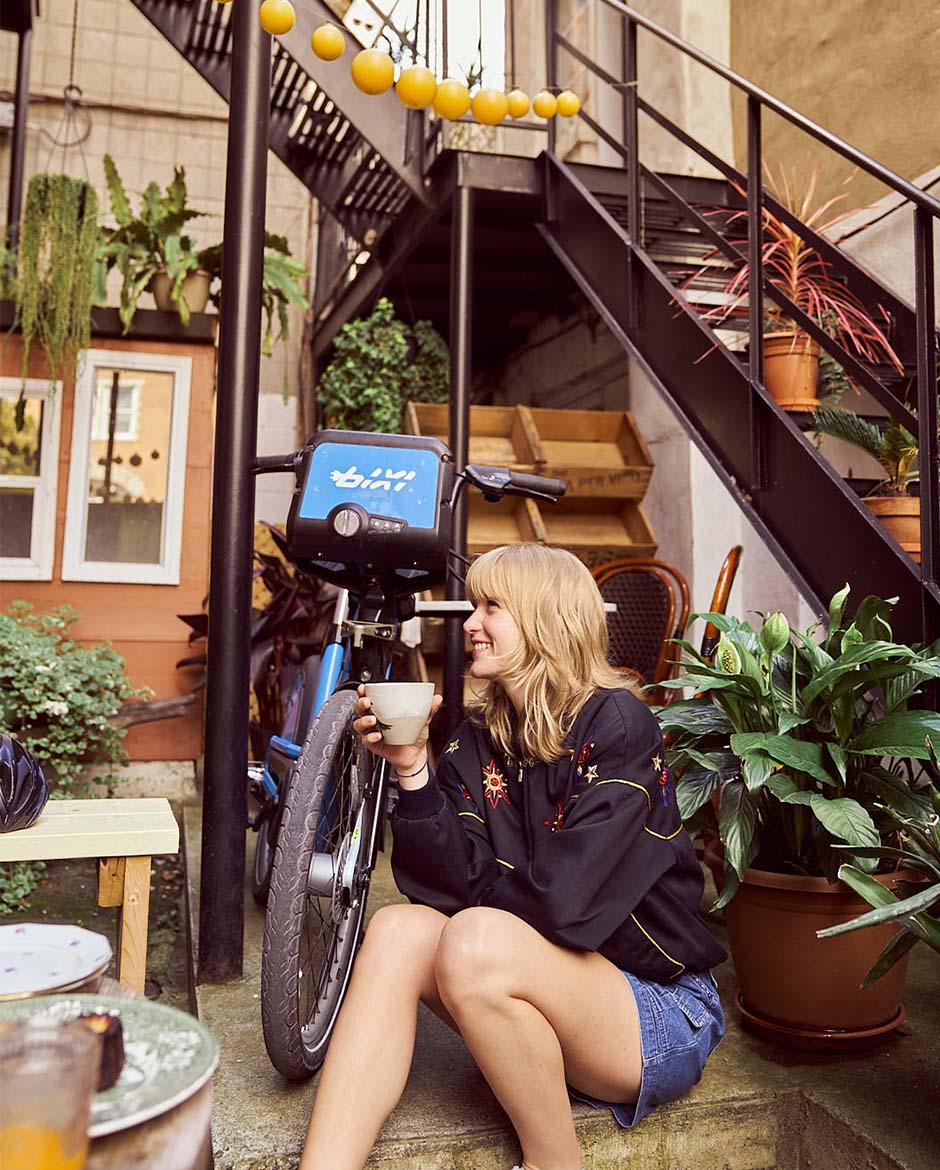 The history of La Petite-Patrie is inseparable from that of the Rosemont-La Petite-Patrie borough! The area previously consisted of small farming villages. After the advent of the train, numerous industries turned the lives of local farmers upside down and completely changed the borough’s demographics!

Parish life was established in La Petite-Patrie at the beginning of the 20th century, following the area’s urbanization. Several churches were built, including Saint Édouard Church, which can still be admired today! Inaugurated in 1909, it represents an important part of Quebec’s Catholic heritage.

Following the Great Depression, Quebec tried to get back on its feet by opening several construction sites and offering jobs to workers. Numerous monuments were thus built in Rosemont-La Petite-Patrie, many of which still illuminate La Petite-Patrie neighbourhood!

The Saint Édouard Church was inaugurated in 1909. But do you know the origin of its name? As mentioned on the church website, it is dedicated to Edward the Confessor, the last Anglo-Saxon king. Upon his death in 1066, a succession crisis convinced William the Conqueror to invade England and become the latter’s first Norman King. And yet, why would a Quebec church be named in Edward’s honour in 1909 (nearly 900 years after his death)? As the church website states, he is said to have given his own possessions to the poor, earning him the title of Confessor, and is revered for both his faith in the Gospel and in the Catholic religion. The next time you rent a bike in La Petite-Patrie, take the Saint-Denis Street bike path and ride right past the church!

Did you know that the first Saint-Hubert rotisserie was founded in La Petite-Patrie? Quebec’s most popular chicken chain did indeed originate in this Montreal neighbourhood! In 1951, the Léger couple opened their first rotisserie on Saint-Hubert Street. And, as their website indicates, the very next year they decided to offer their customers the option of home delivery... free of charge! They were true visionaries! 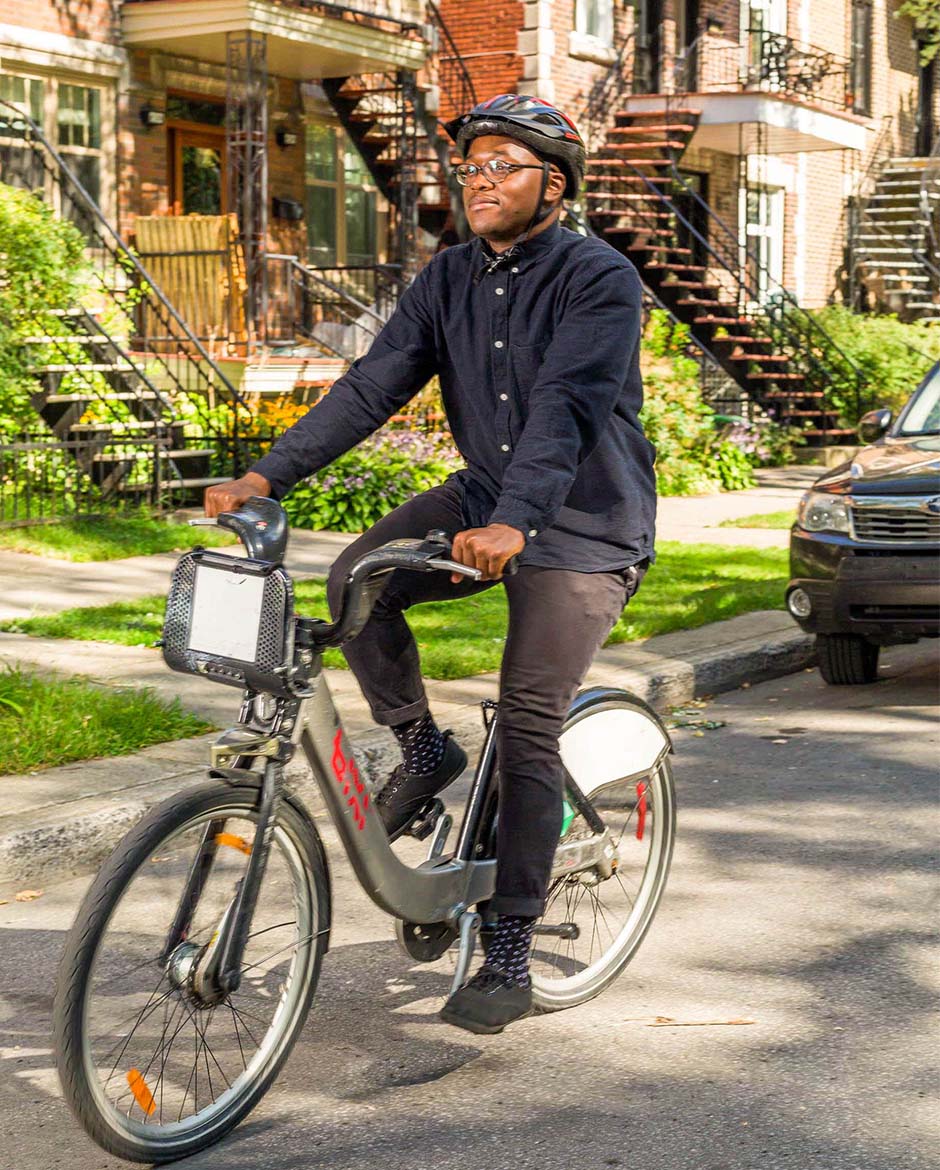 Enjoy an outing to the park or Plaza Saint-Hubert: rent a BIXI bike in La Petite-Patrie!