Go on a ghost hunt

Do you know anything about Griffintown beyond its condominium projects? This neighbourhood is quite rich in history! Included in the Southwest borough, Griffintown is part of the Quartiers du Canal along with Little Burgundy and Saint-Henri. Home to the École de Technologie Supérieure (ÉTS), the neighbourhood’s plethora of multicultural restaurants and avant-garde artwork make it particularly trendy. Rent a BIXI and discover why Griffintown is such a popular Montreal neighbourhood! 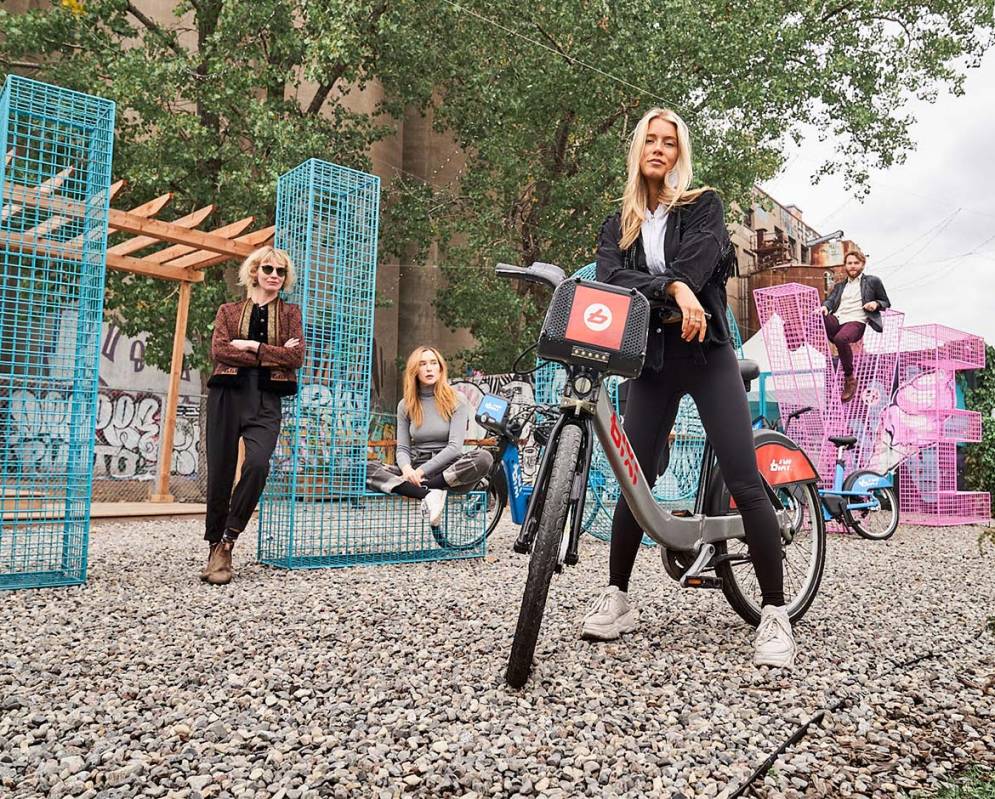 You’re sure to enjoy the Atwater – Des Seigneurs bike path, which runs alongside Griffintown! You can ride the entire Lachine Canal on this path, whose name changes depending on the neighbourhood in which it is located! In addition to being an extremely pleasant ride, you’ll enjoy one of the most beautiful landscapes that Montreal has to offer! Several BIXI stations are located along the path to facilitate bike rental for more flexible trips. And thanks to the Peel Street bike path, you can easily travel between downtown Montreal and Griffintown.

Are you an art lover? Be sure to pay a visit to Arsenal Contemporary Art! Open to the public, this gallery features avant-garde artwork. Located in other major cities, including Toronto and New York, it is a popular Griffintown attraction! You can take the Atwater – Des Seigneurs path to the gallery; there are bike rental stations along the way!

Don’t forget to stop and admire the mural at Hangar 1825. Created in 2020 by Ankhone, as indicated on the Parks Canada website, the artist sought to portray the impressions of visitors to the Lachine Canal. Will his artistic rendering reflect your emotions as you ride along the canal on a BIXI? Rent a bike and find out! 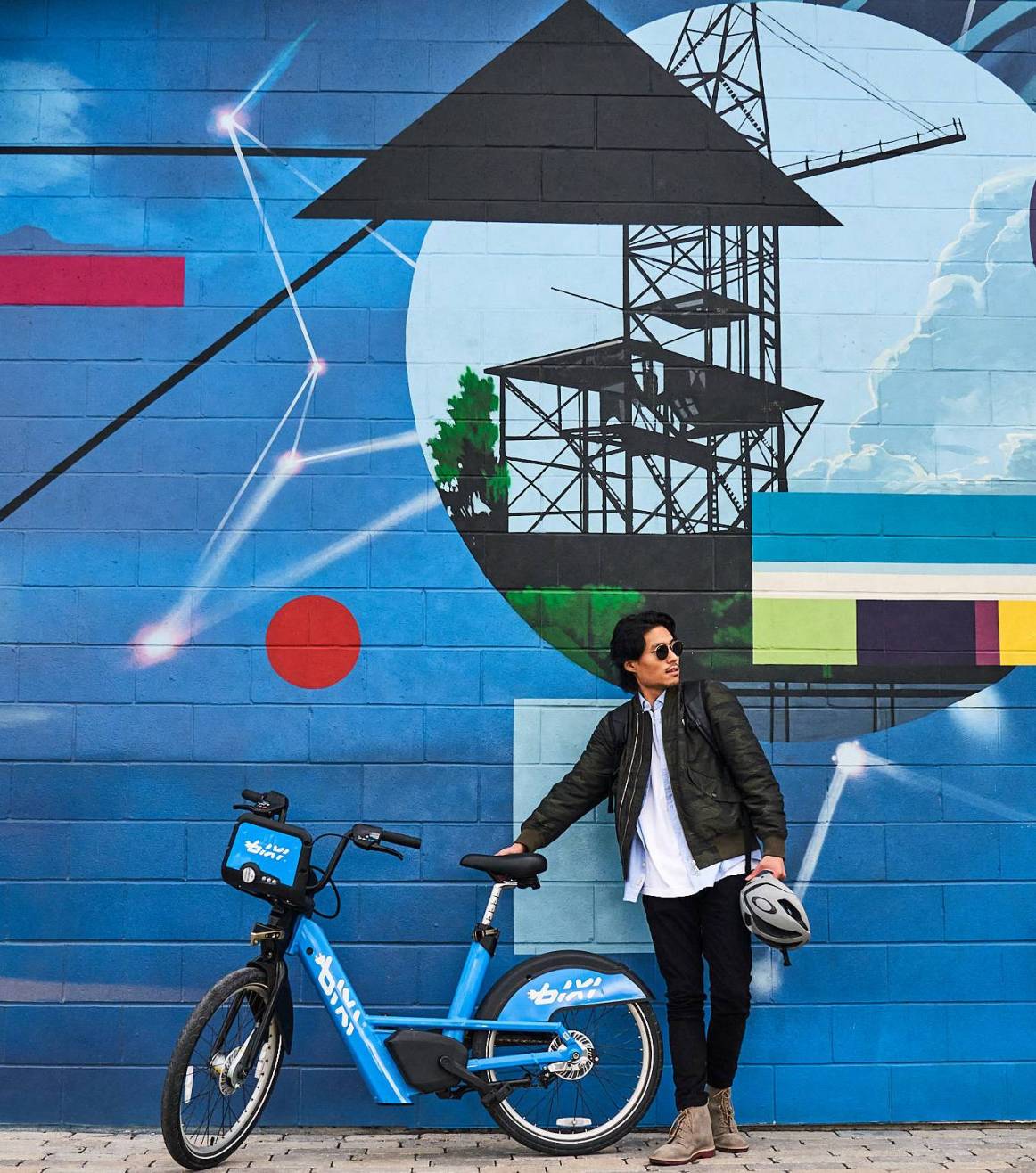 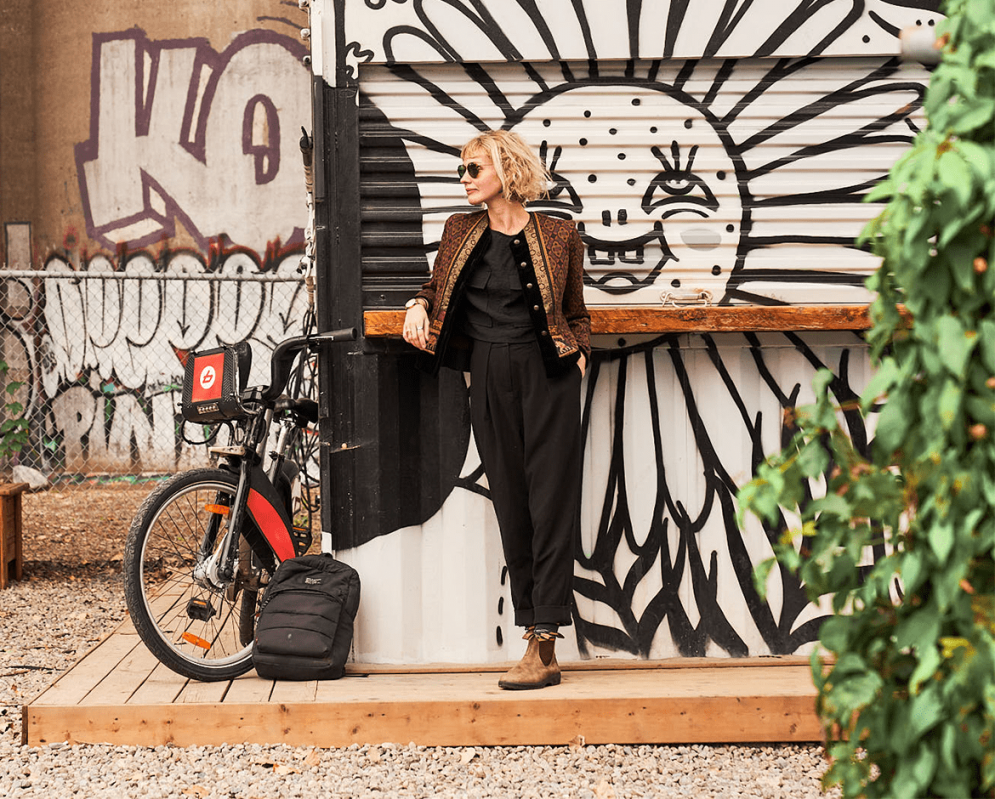 Want to savour a meal at an excellent restaurant? There are plenty in Griffintown! Known for its international cuisine, the neighbourhood boasts a number of Greek and Italian restaurants, while local microbreweries offer delectable beer tastings. In short, Griffintown is a paradise for the palate! Take advantage of your next BIXI rental to tour the neighbourhood (as well as local restaurants)!

Feel like going on a restaurant tour but hate the idea of eating alone? Want company so that you can discuss your impressions at the art gallery? Hesitant to rent a bike because none of your friends are avid cyclists? Invite a friend to try out BIXI with you! Use the mobile application’s BIXI group ride feature and rent several bikes in one step or simply share your one-way Amis BIXI passes. Show your friends what wows you about BIXI and create memorable moments! 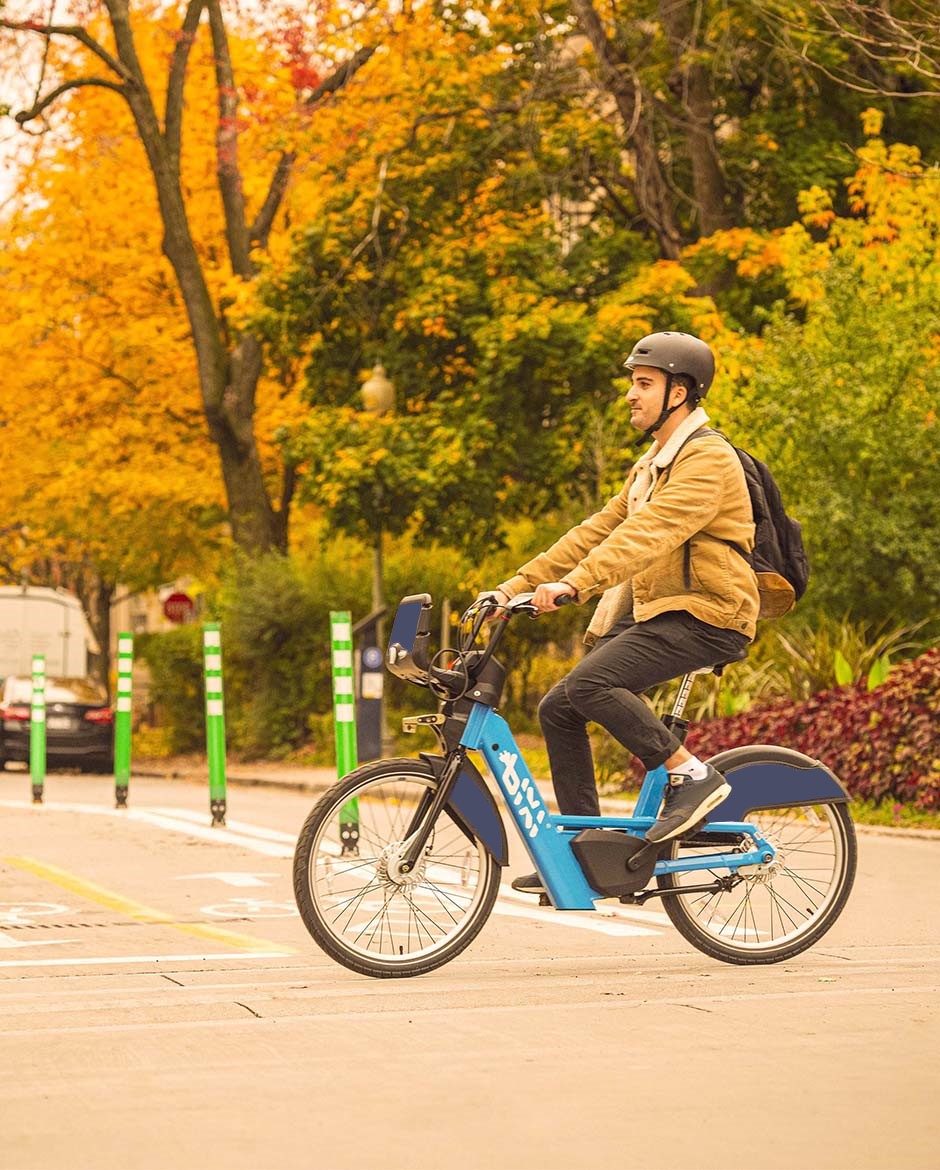 Come pedal into the past with us! Rent a BIXI and discover the history of this neighbourhood, which was once the home of Irish immigrants. But first, let’s go a little further back in time. In the early days of the colonies, Griffintown was known as Nazareth Fief. It was owned by Jeanne Mance. Mance used this portion of the island as farmland, which served as a financial pillar for her hospital, the Hôtel-Dieu. A merchant by the name of Thomas McCord finally took possession of the land in 1792. However, a series of outlandish events led to the land’s purchase in 1804. It was bought by Robert Griffin, who wanted to build a town on it. McCord eventually succeeded in getting his land back, but it is the name Griffin that remains in posterity.

The Lachine Canal had a strong influence on the area’s economic development, as workers came to settle along the waterway. A massive wave of Irish immigration also enlivened the city streets, so much so that the Irish represented more than half of Griffintown’s population! People eventually migrated to other areas as the neighbourhood became unsafe, leading to a decline in economic activity. Griffintown owes its newfound vibrancy to the Lachine Canal’s rejuvenation, which includes several new development projects.

On Rue de la Montagne, also known as Mountain Street, certain houses date back to the end of the 19th century! Enthusiasts of this bygone century are invited to appreciate the era’s architecture astride a bike. Rent a BIXI and enjoy all that Montreal neighbourhoods have to offer!

A legend freely circulates on the streets of Griffintown… the neighbourhood is supposedly haunted! According to Richard Burman’s documentary Ghosts of Griffintown, a murdered sex worker by the name of Mary Gallagher haunts the area every seven years in search of her missing head! Fortunately, BIXI bikes have reflectors! You can thus rest assured that no one will mistake you for a ghost after dark. 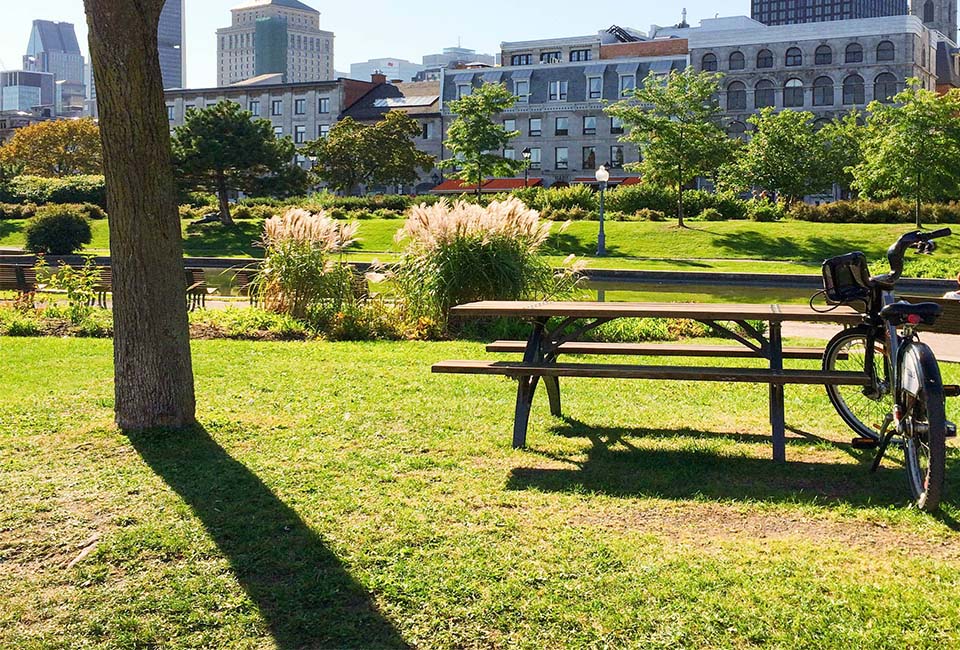 Exploring the Lachine Canal and passing through Griffintown, it's better with a BIXI membership!