Explore Montreal by BIXI, starting at its summit!

Breathe the fresh air above the skyscrapers

Mount Royal needs no introduction. But how well do you really know it? Not far from downtown, Mount Royal is flanked by 4 boroughs: the eponymous Plateau-Mont-Royal, Ville-Marie, Outremont, and Côte-des-Neiges–Notre-Dame-de-Grâce. No matter which borough you’re in, renting a BIXI couldn’t be simpler. This area is home to several symbolic Montreal institutions, including Saint Joseph’s Oratory—one of the largest churches in Canada—and the numerous pavilions of McGill University and the University of Montreal. It would appear that Montreal owes its name to the famous mountain, since in the 16th century, at the time of Jacques Cartier, real was a variant of the word royal. 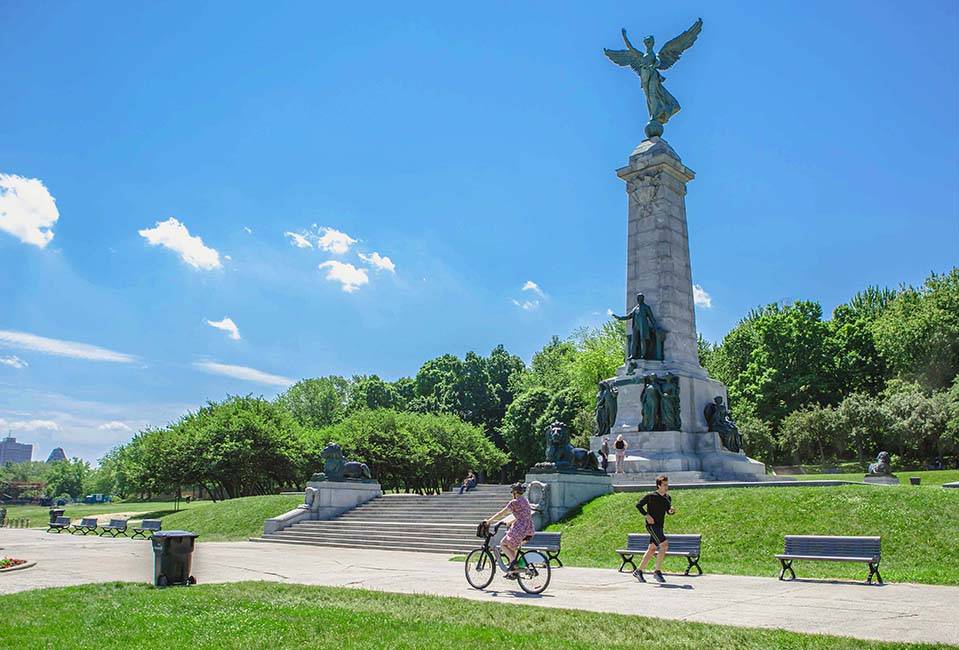 If you want to rent a bike near Mount Royal, there’s no lack of choice! You can rent a regular or an electric BIXI at the Jeanne-Mance Park station, just opposite the Sir George-Étienne Cartier Monument, and then take the Olmsted bike path. The latter is magnificent in the summer and sublime in the fall. The colours will charm you, and the gravel path is wide enough to accommodate pedestrians and cyclists alike. Want to take your mind off classes or a day at work? Many BIXI stations also await you on Édouard-Montpetit Street, opposite the University of Montreal, and on University and Prince-Arthur streets, near McGill University. So, rent a bike and enjoy Mount Royal.

Want to visit each of Montreal’s beautiful parks in one day? Thanks to the construction of 327 kilometres of additional bike paths, the Maisonneuve, Jarry, Frédéric-Back, and Île-de-la-Visitation Parks are all connected to Mount Royal Park!

Several Mount Royal attractions are sure to catch your eye! Beaver Lake—which to our great dismay is not home to any beavers—is a must see! The magnificent scenery will take your breath away (if you rented an electric bike at the bottom of Mount Royal, you should still have some left). Indeed, Les Amis de la Montagne propose a route to follow if you want to explore both the lake and the park.

Sunrises and sunsets at the summit are not to be missed, especially at Kondiaronk Lookout: it is said to have the most beautiful view. (We still recommend renting an electric bike so that you aren’t too exhausted to enjoy yourself!) The lookout is near the Smith House. Built by a wealthy landowner in 1858, the latter boasts a permanent exhibition that chronicles the mountain’s history. The Mount Royal Chalet is also worth a visit: you’ll be able to admire many works of art, particularly those of Paul-Émile Borduas, one of the signatories of the Refus Global Manifesto, an important part of our Quebecois culture and society. 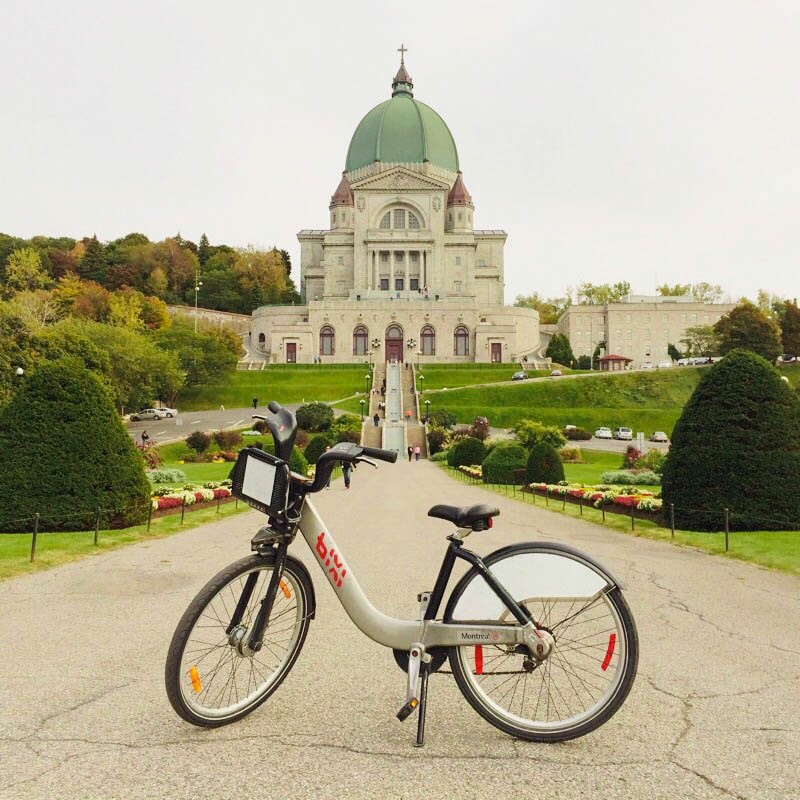 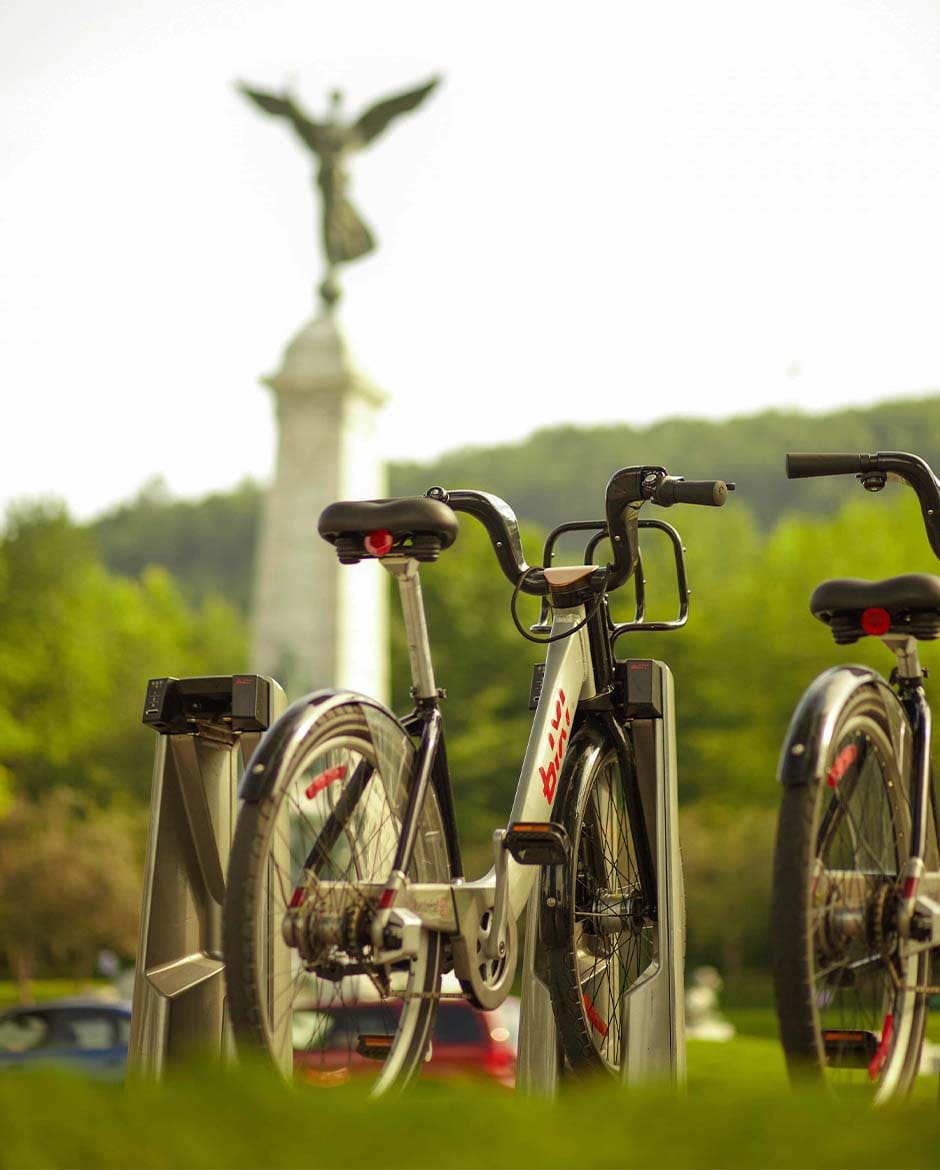 Rent a BIXI and snap some photos...

Les Amis de la Montagne are currently organizing a photography contest for both amateurs and professionals. Simply rent a bike and head to Mount Royal, identify what makes the place so special, and submit your best photos for a chance to be exhibited at Mount Royal Chalet!

Don’t forget to grab your binoculars along with your camera! Mount Royal is home to a wide variety of birds! The area’s biodiversity means that you can discover (or rediscover) Canadian species by bike. But remember to respect their habitat and observe them from the bike path! The experience will be just as memorable.

Does the thought of biking up Mount Royal alone discourage you? Enjoy the scenery with a friend or plan a romantic outing! Use your one-way Amis BIXI passes or the mobile application’s BIXI group ride feature! Then rent two bikes and tackle Mount Royal together. If you opt for an electric BIXI, you won’t tire yourself out! 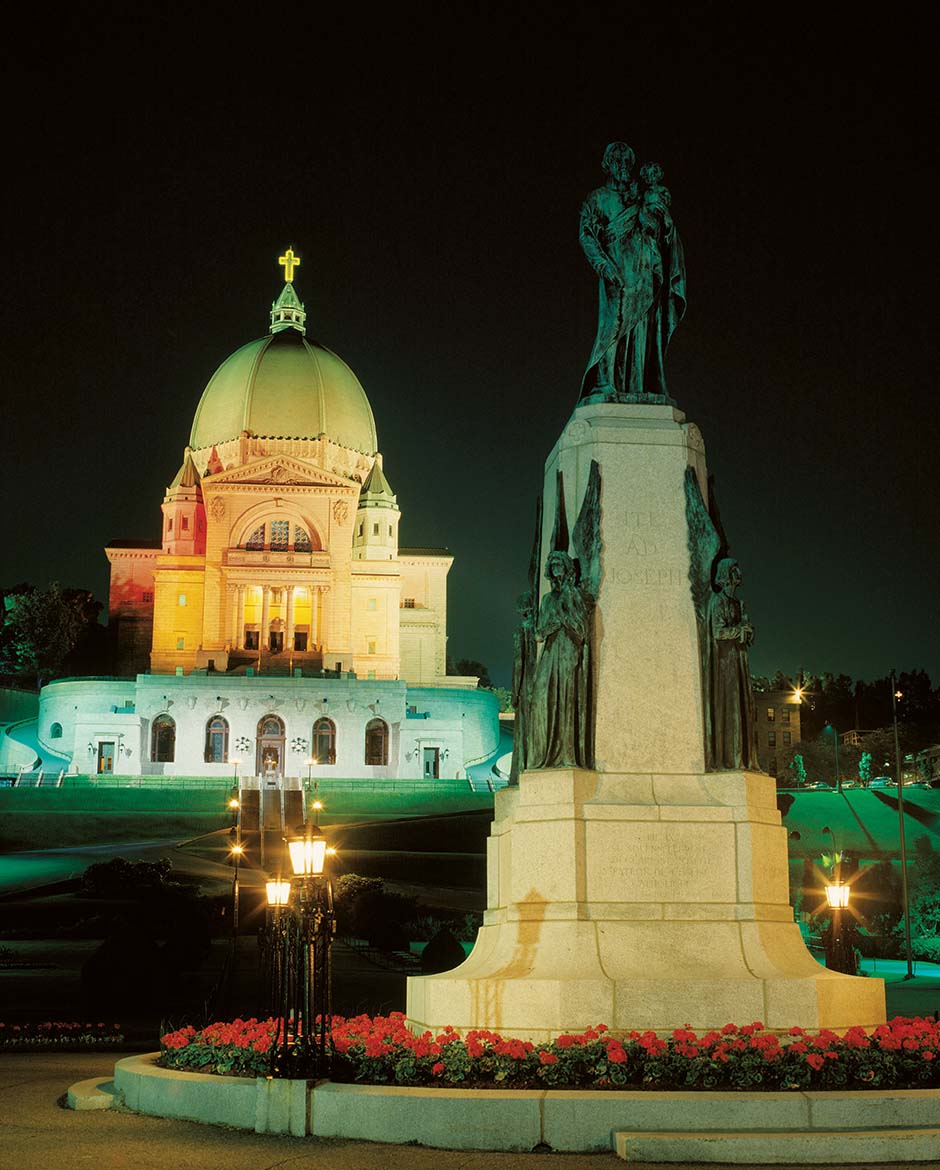 The history of Mount Royal is rooted in Quebec’s Catholic past. The cross that has stood at the summit since 1924 is a tribute to Paul de Chomedey, Sieur de Maisonneuve who, in December 1642, promised the Virgin Mary that he would place a cross on the mountain if the impending flood waters did not wipe out the new settlement. His prayers were answered, and he installed a wooden cross on the peak in 1643.

Saint Joseph’s Oratory is also an important monument in the history of Mount Royal. Although it was only a small chapel in 1904, Brother André’s popularity caused more and more people to visit, which led to the church’s evolution and expansion over the years. Renting a bike near Mount Royal is like pedalling through time!

Mount Royal Park is more than 100 years old! It was inaugurated on May 24, 1876, as the city was industrializing, to ensure the protection of the surrounding environment. It is still an extremely popular destination, especially for BIXISTS!

Mount Royal is the subject of a web documentary! In association with the National Film Board of Canada, journalist Hélène de Billy and director Gilbert Duclos have produced a web documentary entitled Holy Mountain. It focuses on the symbolic aspect of the mountain and the religious, even mythical, elements associated with it.

Did you know that Mount Royal is roughly 125 million years old? Well, it is! Before becoming the mountain that we love today, it was only a mass of magma and volcanic rocks that eventually solidified under the earth’s crust. Rumours have long circulated that Mount Royal was once a volcano... but this is false! Les Amis de la Montagne have geologically debunked this theory. No volcano has ever existed on the Island of Montreal. You can thus rent a bike near Mount Royal and ride with peace of mind! 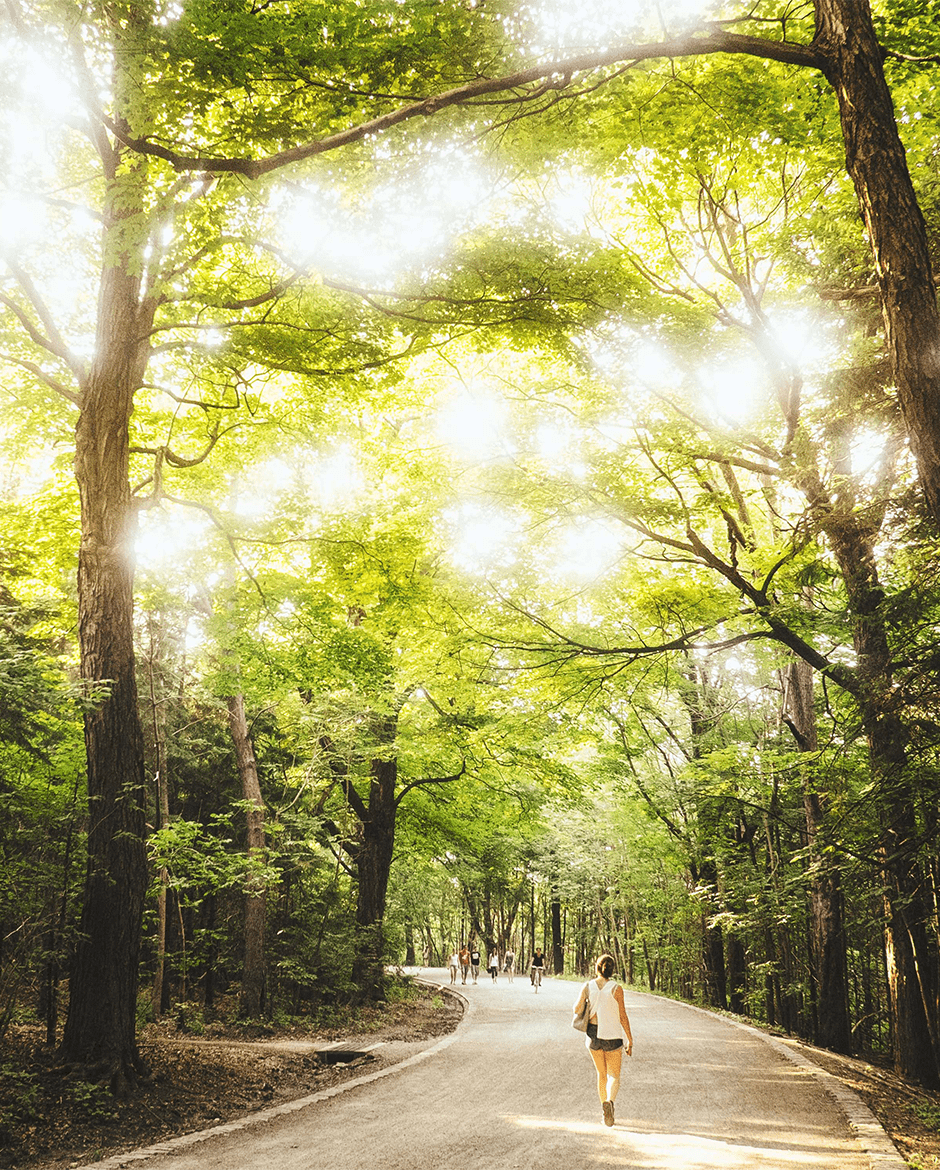 Exploring the city's summit is even more enjoyable with a BIXI membership.

(And an electric BIXI!)